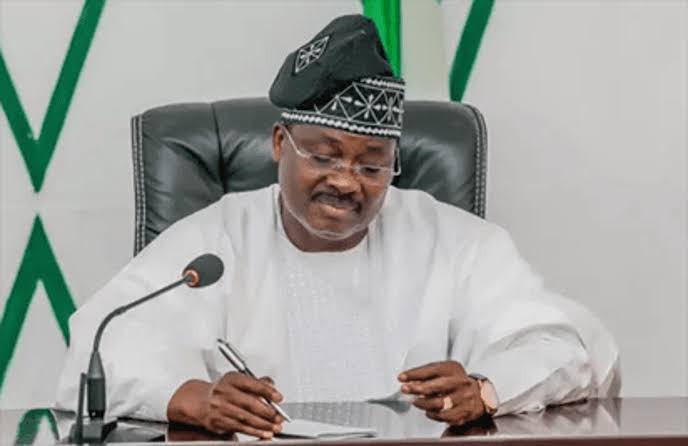 The immediate past governor of Oyo State and Deputy National Chairman (South) of the All Progressive Congress (APC), Senator Abiola Ajimobi has been hospitalized at the Cardiology Hospital in Lagos, in a situation related to coronavirus infection.

According to the report, Senator Ajimobi was rushed into the hospital in the early hours of last week Tuesday, after his health conditions deteriorated in the middle of the night, causing panic in the family.

The report further had it that Ajimobi and his wife Florence Ajimobi, have been in their Lagos residence for a couple of weeks, with the former governor only dashing in and out of Ibadan, Oyo state capital, to hold court with his lieutenants and political associates.

It was learnt from a source close to his friends in Lagos that the former Governor had woken up early on a fateful day to urinate and upon his return from the bathroom, fell on his bed and became unconscious.

Cristiano Ronaldo Becomes First Billionaire Player In Football History
D’banj Signed Biggest Deal Any Artists Ever Signed With Any Commercial Bank, But What Bank Is That? Find Out Here….
Advertisement