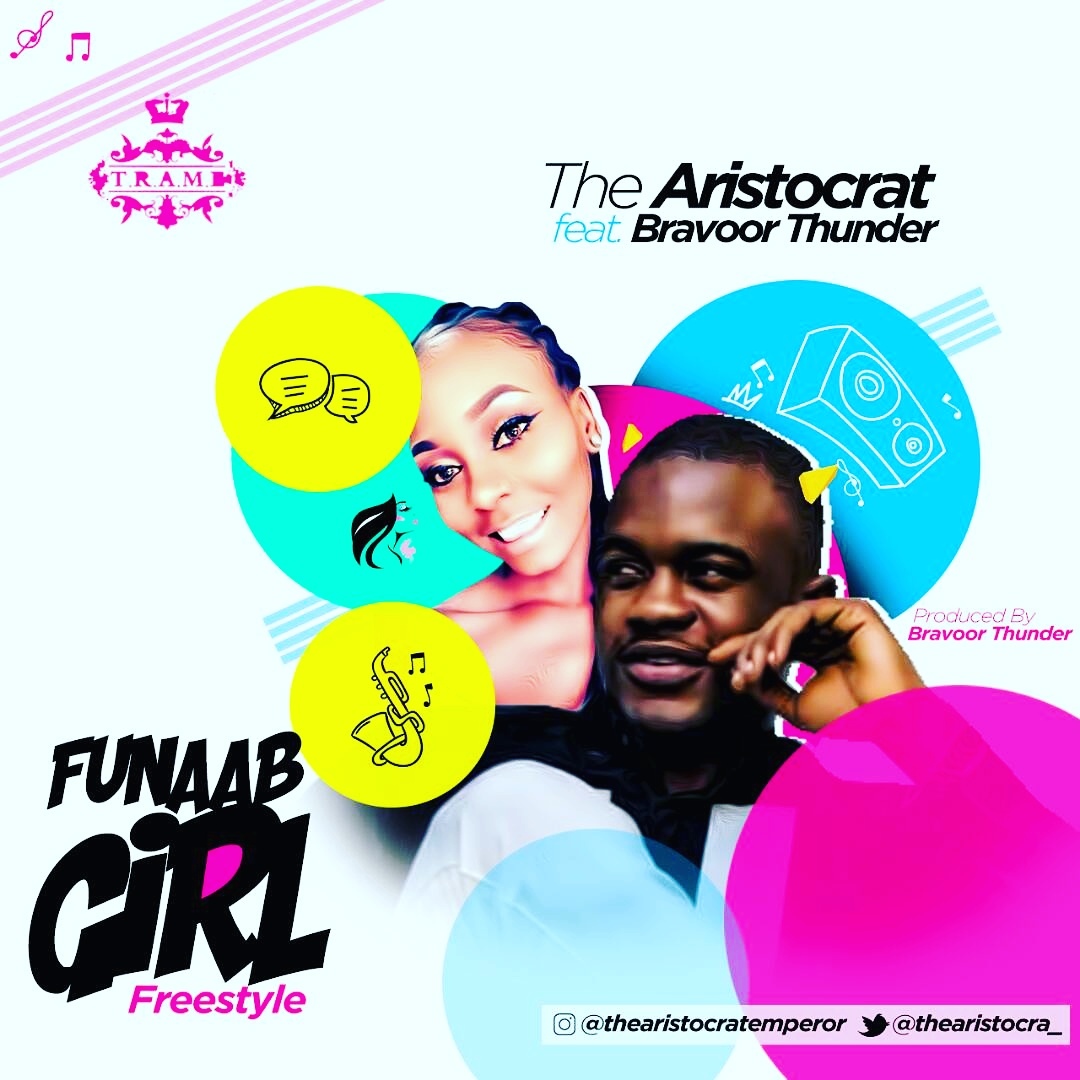 The ” Make Money “ moniker continues to become a bigger bang with an extended reach to fans of music who will appreciate the basking talent of the new school. As he continues to show his zeal, tenacity and consistency with his versatility style of music.

Just weeks ago, after he released the joint cover of Justin Bieber & Olamide ” Cold Water “ and ” Wo “ respectively, alongside with official viral video for ” Wo “ cover. He is back with a another freestyle dedicated to Federal University of Agriculture Abeokuta girls to express his love for them.

According to our source who reveal to us that the freestyle was just one take from The Aristocrat and the Beat was also unfinished by the time the session started so it was recorded under 15 minutes.

Produced by Bravoor Thunder, ” Funnab Girls “ is an audio candy that has all the features of massive hit and boasts a groovy production which fits perfectly in the sound currently in vogue. The freestyle would leave you up and dancing.

Unarguably The Aristocrat has delivered another volcanic hit waiting to erupt, after the success of his previous singles. More hits are expected as he announced through his social media a new jam on the way titled MACHINERY. We can’t wait for that. Listen, enjoy and share.

Have You Ever Forget What It Feels Like to Be In Love, Tiwa Savage Will Remind You In Her Sugarcane EP
P-Square is Over! The Untold Truth Behind Peter and Paul Okoye Split Saga
Advertisement