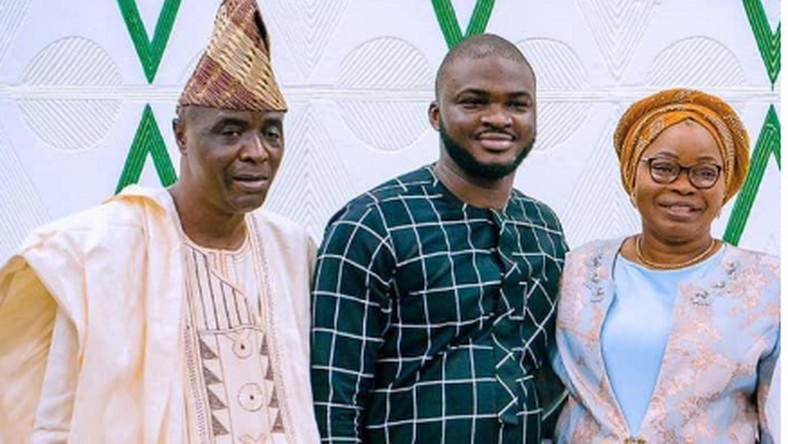 Ayobami Agboola, known as @Dondekojo on Twitter, has been severely criticised on social media, following a heated exchange with one of his then-friend Adesola Sulaiman, known as @Advsola on Twitter on Friday, May 8, 2020, as both exposed each other over job slots scandal in Oyo state civil service.

Agboola’s father, Hosea Agboola, is also a political appointee in Oyo state government and mother is current serving head of service in Oyo State, reported that he’ll use his influence to award Sulaiman name on the list of “ghost workers” in Oyo State.

Good Morning Everyone, Sometime in February last year, @advsola approached me to help him with any gig, as the current gig he was working with me ended, he suggested A Government gig that can keep him less busy.

The disagreement between Agboola and Adesola started over criticism of Governor Seyi Makinde’s response to the coronavirus pandemic.

Agboola said his then friend’s criticism against the governor’s administration was because he could not secure a “ghost job” under his government.

In a series of tweets on Saturday, Agboola said his friend came to him in February 2019, begging him to help him with a government job that’ll keep him less busy.

Adesola, who according to Agboola was jobless at the time was said to have pestered him to get him a ghost worker job, adding that he refused to involve himself in any job scandal in Oyo state.

I shared the time stamps above to exonerate her from this as she didn’t have any Govt role at the time we discussed this and from the screenshots he shared earlier , you can see he was pestering as early as April last year

In response to Agboola’s tweets, Adesola said it was Idris, that promised to use his mother’s influence to secure him a slot. He also shared a screenshot of their conversations to back up his claims.

You’re a classless idiot @dondekojo for using what you and I tried to do in private when we were cool to blackmail me in public so I don’t criticize your governor. You asked me if I want ghost working slot, I said yes, you never did it. That’s what you want to expose? Fuck you!

LMFAOO. The coward @dondekojo has blocked me, so he can continue the lies unchallenged by me.

The fact remains He asked me if I’m interested on the phone, I said yes, no need to lie. pic.twitter.com/BMj8JllOID

The idea of ghost workers is a common practice among corrupt civil servants, who use names of non-workers known as ghosts to receive illegal pay.

The small quarrel between @Advsola and @dondekojo isn’t even the issue, the scary bit are
1. The existence of #ghostWorkerSlot in Oyo State.

2. Some young people who come on social media to preach good governance are actually enablers of such evil practice.