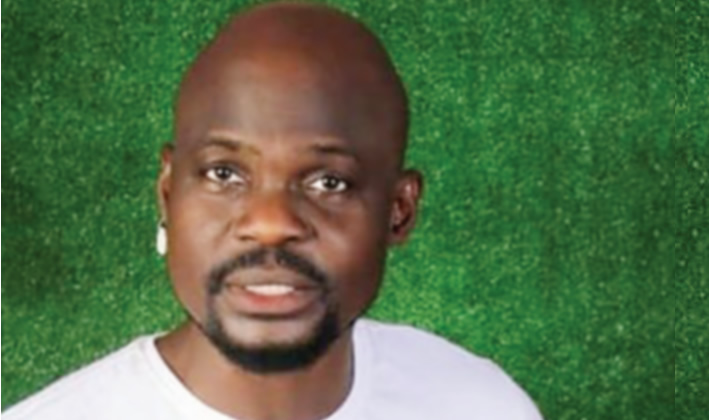 In the just-released Baba Ijesha Viral Video, he was seen molesting his victim and as well making several sexual advancements toward a 14-year-old girl, in the care of popular comedienne, Adekola Adekanya, otherwise known as Princess.

Baba Ijesha News: On the 22nd of April, a report surfaced the internet web that Yoruba actor Baba Ijesha was arrested by Police on the alleging of defiling a 7-year girl, about 7 years ago, and as well make an attempt recently. However, here is the latest news on the Baba Ijesha case or Baba Ijesha’s latest news.

“A close-circuit Television footage watched by Saturday PUNCH has revealed that Nollywood actor, Olanrewaju Omiyinka, aka Baba Ijesha, kissed and fondled sensitive parts of the body of the 14-year-old girl in the care of popular comedienne, Adekola Adekanya, otherwise called Princess.

Not done, Omiyinka, while engaging in the act, was also seen licking the fingers on the left hand of the victim and caressing the minor’s legs and thighs with his left hand.

In an apparent effort to sexually arouse the minor, Omiyinka was seen lifting the victim’s dress as he caressed the minor’s body.

Our correspondent who obtained the footage observed that the minor was dressed in a sleeveless gown as she sat on a sofa in Adekanya’s residence. Omiyinka wore a white shirt, a pair of blue jeans and a hat.

Shortly after Adekanya stepped out, Omiyinka, who also sat beside the victim on the same sofa, was seen using his hand to caress the victim’s left arm.

Before Omiyinka started the act, the comedienne was seen leaving her apartment with three others, leaving Omiyinka and the victim in the parlour to see off the guests. After Adekanya left the apartment, Omiyinka was shown by the footage searching the rooms.

Some minutes later, Omiyinka kissed the minor’s arm, hugged and caressed her body as they sat on the sofa.

However, the victim, who was uncomfortable by Omiyinka’s advances, quickly disentangled herself from the actor’s grip.

Omiyinka was again seen in the footage, standing with the victim in the parlour, hugging the minor and using his two hands to caress the victim’s buttocks.

The victim, however, disengaged herself from Omiyinka, who clung to her. Afterwards, Omiyinka was seen using both hands to caress the minor’s head.

The footage also showed him bending the victim to a corner on the sofa and kissing the minor. Again, the 14-year-old girl disengaged herself from Omiyinka’s grip.

Our correspondent observed that the sexual advances were instigated by the thespian. Also, background voices of people monitoring the situation in the parlour were heard in the footage. From the footage assessed, there was no part that showed Omiyinka defiling the minor.

Meanwhile, Omiyinka was seen in another footage remorsefully pleading to Adekanya, and some other persons, who reportedly caught him sexually assaulting the minor in the parlour.

“I don’t know what went wrong with me, forgive me. If you want to take me away (to Panti), let me just kill myself. I know I have done what is wrong, but please, forgive me,” Omiyinka said in the footage while being interrogated by Adekanya and others.”

About a few days ago, a report had it that a senior officer at the Lagos State Police Command confirmed that a directive had been given for Omiyinka’s release from custody.

The source said a case of indecent assault could only be established against Omiyinka, adding that due to the ongoing strike by members of the Judicial Staff Union of Nigeria, courts had ceased sitting and Omiyinka could not be detained indefinitely without trial.

Following public outcry against the decision to release Omiyinka on bail, celebrities, including Iyabo Ojo, Adekanya, among others, protested at the State Criminal Investigation and Intelligence Department, Panti, Yaba, against the likely release of the comedian.