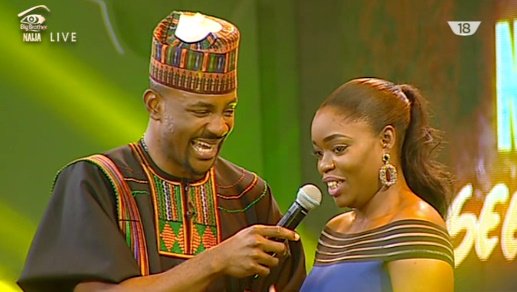 After 10 years of break, Big Brother Naija is back on our TV screen.  The highly anticipated reality TV show Big Brother Naija begins yesterday night as 12 housemate for this year edition were call into the big brother house.

This year edition of Big Brother Nigeria 2017 was hosted by Ebuka Obi, and yesterday re-launch opening ceremony sees electrifying performance from African biggest female artist of 2016, Yemi Alade as she thrilled the audience with some of hit songs.

Meet the 12 Contestants for 2017 Big Brother Naija below :

He works as a Statistician but has plans to start his own digital content creation company. He says he’s doing this because he doesn’t like stagnancy and enjoys rebelling and challenging himself. He adds that it’s one of the reasons why he’s living on his own in Lagos with the rest of his family in Abuja. He has four siblings and doesn’t really consider himself that important since he’s the middle child. He credits this is as being one of the reasons he’s so chilled and easy going. He’s got a girlfriend but doesn’t really get to see her often because she’s a Lawyer and works long hours.

Abisola says she was a spoilt child till age 8 when her then well-off family hit some major hurdles. She had to move to rural Nigeria where she lived with cousins selling makeup and she got another shot at the high life when she came fifth in a reality singing competition.

She has a very good relationship with her brother especially since their mother passed in 2001. Having endured a few unlucky romantic relationships, she’s currently single and focusing on advancing her singing career. “I used to be all over the place emotionally but now I’m more controlled”.

Efe moved to Lagos because it is “where it all happens’’ and worked his way up to earn recognition. A graduate in Economics, he enjoys cooking and is confident his easy-flowing attitude will help him win over Housemates’ plots.

Schooled in Accra, Gifty returned to Lagos to make her dreams happen. She has acted and been featured in a few Nollywood monster hits. She says her mother is her inspiration and has taught her to handle people with grace.

A ship manager turned fitness entrepreneur, Kemen is Port Harcourt’s most sought after personal trainer. He trusts in converting hurt into motivation and uses his life to inspire self-care through sustainable agriculture and self-care.

Born 11th out of 21, this Mass Communication graduate is royalty of her tribe Onne from Eleme. She’s single and her last relationship ended because she couldn’t handle the long-distance and they quarreled a lot. Her pet peeve is disrespect and it gets her really angry. “I’ve never been in fights; I’ll finish you with my mouth”.

This last born took to cooking by chance after his mother made sure that he spent time with her in the kitchen. That quickly led to him cooking for his schoolmates and before he knew it he was in Culinary School and today he’s head chef. He’s been in a relationship with his girlfriend, also a chef, for two months now. He hates being taken for granted.

A Pastor and Musician’s son and a good singer himself, Soma has opened for several high-profile acts. He was inspired by his mom who also encouraged him to pursue a career in Music. He’d started studying at Port Uni but decided to defer his studies and focus on Science when he resumes since he loves gadgets. He’s in a long-distance relationship.

When she was in primary school boarding, she struggled with loneliness and making friends, often attracting the wrong crowd. Her dad was very strict and tough on her and her siblings but her mom was always soft spoken and sweet. She studied at the University of Lagos for nine months before going to Romania to complete her studies. She’s an occasional drinker.

An acclaimed choreographer, ThinTallTony performed at the opening of BBNaija’s first edition and has since expanded into acting, writing and poetry. He’s a self-confessed team player who believes in winning for all and celebrating good times.

Born in Hammersmith, England, Uriel was sent to Nigeria soon after birth. She has four very diverse brothers ranging from serious business man to one that’s really cool, complete with hair and beads. She’s spontaneous, passionate with a nurturing nature too! She loves to cook, but hates cleaning up after cooking. She likes to think of herself as a master of organised mess!

You can catch Big Brother Naija 24/7 on DStv channel 198 or GOtv channel 29. You can also catch the daily highlights at 7PM on every AfricaMagic channel