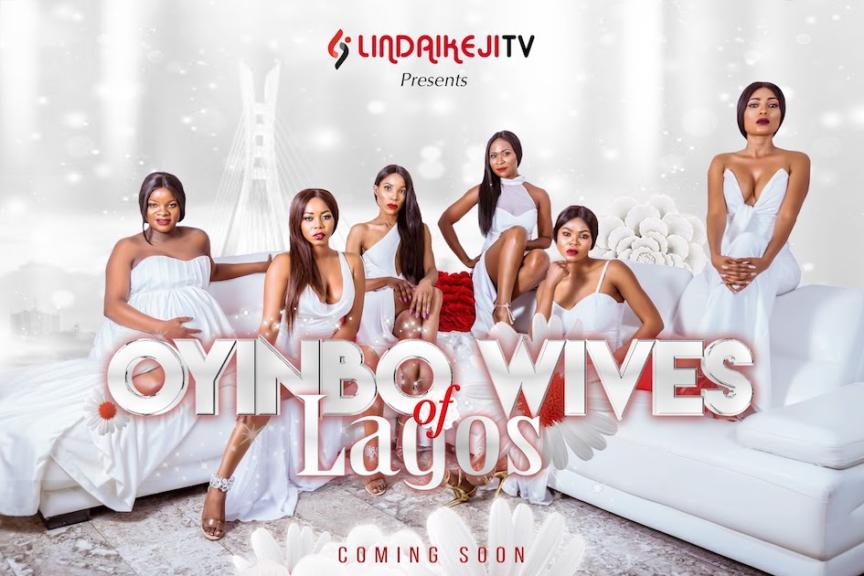 Linda Ikeji, a blogger turned media mogul/entrepreneur, has announced the production and soon to be broadcasted VH1 type reality television programming on Nigerian television. Linda Ikeji made the initial announcement December of 2017 and has, since then, continuously released new trailers showcasing her diverse offerings.

“The report provides PwC’s most recent and up-to-date forecast of consumer and advertising spend data as well as related commentary for 17 entertainment and media segments, across 54 countries including Nigeria. It is a powerful online tool that provides deep knowledge and actionable insights about the trends that are shaping the E&M industry.

According to the latest report, Nigeria with a 12.1% CAGR (albeit strongly influenced by surging spending on mobile Internet access), will be the world’s fastest-growing E&M market over the coming five years while the slowest-growing will be Japan, growing at a 1.7% CAGR. While consumers in mature markets such as North America and Europe, and wealthier Asia-Pacific markets, spend a lot — more than US$500 per capita annually — on entertainment and media, growth rates are relatively slow in these areas. In contrast, less developed economies feature much lower per capita spending and faster growth albeit from a very low base – less than US$50 a year in many cases.” – PwC

While, of course, from a business standpoint, Ikeji stands to rake in millions and position Linda Ikeji Media as a leader in reality television programming in Africa, there are some issues she has to contend with. Namely: 1) getting her legal house in order, and 2) determining how she squares her specific content offering with her professed personal philosophy of motivating young women. On the first issue, Ikeji has had a poor history of compliance with intellectual property laws, so much so, it led to Google shutting down her blog in 2014. On the second issue, Ikeji, it may appear, seems to speak out of both sides of her mouth.

On the one hand, she encourages women to be self-sufficient and to love and value themselves. On the other hand, she exploits women doing the exact opposite. But, perhaps, in the final analysis, she may be able to justify her exploitation if these women become a case study of what not to do to the viewing audience. Who knows?

Let’s see how it all plays out.

“Ladies and gentlemen, here’s the first promo clip of Oyinbo Wives of Lagos reality show featuring 6 Nigerian women, Oli, Beatrice, Lynda, Mitchelle, Oby and Kenny, all married to white men who live in Lagos. The drama is like something you have never seen before on Nigerian TV. Jeez! Lol. It’s also filled with love, friendship and eh…Yes, hair pulling…Lol. Coming soon on Linda Ikeji TV on cable and online. Executive producer & concept by yours truly @Officiallindaikeji. Produced by @elohookumo”

“Ladies and gentlemen, watch the first promo of our never-before-seen kind of TV reality show, GIDI GIRLS, featuring 5 chicks living and hustling in Lagos aka Las Gidi.GIDI GIRLS stars 5 stunning Lagos babes, Lilian, Voney, Mercy, Precious and Eloho, who through their eyes, the world will get to know more about Las Gidi and how we rock & roll and hustle here. The show is filled with glamour, drama, fights, a lot of love and friendship, boyfriend drama, wigs being snatched…lol, you will see how Lagos babes hustle and pursue their dreams and when its time, how they party hard. GIDI GIRLS is coming soon on Linda Ikeji TV on Cable and online. Stay tuned! Executive producer is yours truly @officiallindaikeji. Produced by Santiago Roberts.It’s a must watch! Coming soon on Linda Ikeji TV on cable and online.” -Linda Ikeji

“Here’s the first promo clip of Tonto Dikeh’s reality show, King Tonto. It’s Tonto like you’ve never seen her before. She opens up to her fans in ways most people won’t dare. Coming soon on Linda Ikeji TV on cable and online…” (Dikeh’s husband has filed a court injunction to stop this show from airing).

“Here’s the first promo of another one of our never-before-seen kind of TV reality show, ‘Ajegunle…With Love’. Imagine a reality show shot in Ajegunle following the lives of people who were born and brought up there. The drama, intrigue, poverty, hustle and grind is like something you’ve never seen before on TV. The show features Sunny Boy, a singer and hustler. Valiant, a barber and hustler. Jairo, a security guard and bar owner. Lucia, a footballer. And Harris, a graduate of LASU. ‘Ajegunle…With Love’, coming soon on LindaIkejiTV on cable and online. Producer @shawa_kalakutabooks. Creative and executive producer @officiallindaikeji”

Olamide Speaks On Controversy Behind His Latest Song “Science Student”, ” Together Let’s Put An End To Drug Abuse ”
It’s Official As Manchester United Announces The Signing of Alexis Sanchez From Arsenal
Advertisement