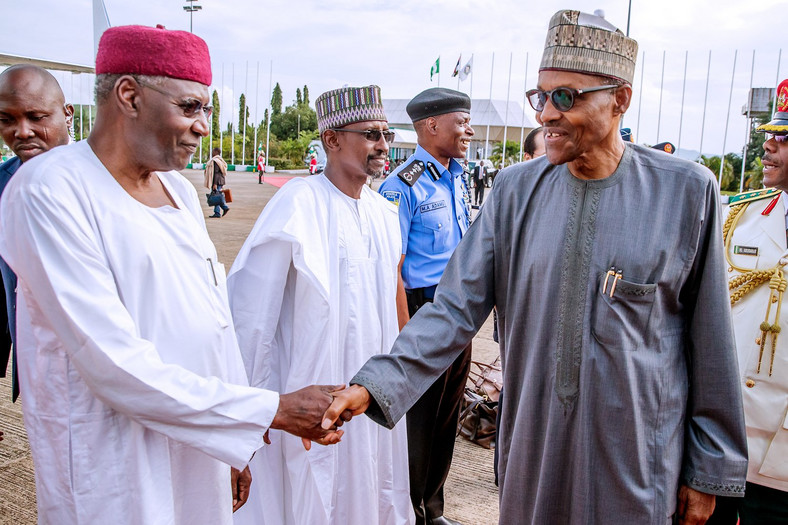 Nigeria’s President Muhammadu Buhari has reacted to the death of his closest confidant and former Chief of Staff, Mallam Abba Kyari, who died on Friday, April 17, 2020, following complications related to coronavirus, after battling with his life for 4-weeks at a private hospital in Lagos.

Early hours of today, Special Adviser to President Muhammadu Buhari on Media and Publicity, Femi Adesina, announced the death of Abba Kyari, and he was laid to rest in Abuja, according to Islamic tradition.

However, reacting to the death of Abba Kyari was Nigeria president, Muhammadu Buhari, who described him as a true patriot and loyal friend, who never sought elective office for himself.

According to a statement released by President Buhari, reported that Buhari met Kyari when he was in his twenties, and further adding that they’ve been friends for 42 years. He further acknowledged the input of Kyari in his office, stressing that he worked without fail, seven days each and every week.

TO MY FRIEND, MALLAM ABBA KYARI

Mallam Abba Kyari, who died on 17th April, 2020, at the age of 67 from complications caused by the Coronavirus, was a true Nigerian patriot. My loyal friend and compatriot for the last 42 years – and latterly my Chief-of-Staff – he never wavered in his commitment to the betterment of every one of us.

He was only in his twenties when we first met. A diligent student, soon after he was blessed with the opportunity to study abroad – first at Warwick and then law at the University of Cambridge. But there was never any question Abba would bring his first-rate skills and newly acquired world-class knowledge back to Nigeria – which he did – immediately upon graduation.

Whilst possessing the sharpest legal and organisational mind, Abba’s true focus was always the development of infrastructure and the assurance of security for the people of this nation he served so faithfully. For he knew that without both in tandem there can never be the development of the respectful society and vibrant economy that all Nigerian citizens deserve.

In political life, Abba never sought elective office for himself. Rather, he set himself against the view and conduct of two generations of Nigeria’s political establishment – who saw corruption as an entitlement and its practice a byproduct of possessing political office.

Becoming my Chief of Staff in 2015, he strove quietly and without any interest in publicity or personal gain to implement my agenda.

There are those who said of him that he must be secretive – because he did not have a high public profile. But Abba was the opposite: he simply had no need, nor did he seek, the cheap gratification of the crowd; for him, there was nothing to be found in popular adulation. He secured instead satisfaction and his reward solely and only from the improvement of the governance of this great country.

Working, without fail, seven days each and every week, he acted forcefully as a crucial gatekeeper to the presidency, ensuring no one – whether minister or governor had access beyond another – and that all those representing and serving our country were treated equally.

He made clear in his person and his practice, always, that every Nigerian – regardless of faith, family, fortune or frailty – was heard and treated respectfully and the same.

Mallam Abba Kyari was the very best of us. He was made of the stuff that makes Nigeria great. Rest In Peace, my dearest friend.

To his loving wife and doting family who survive him, I extend my heartfelt sorrow at your loss.