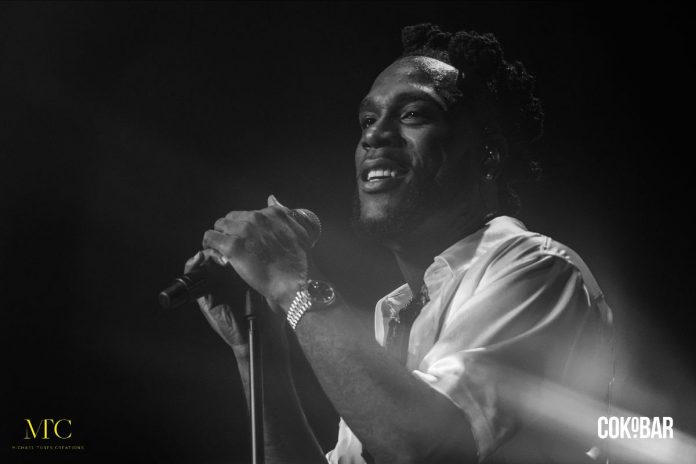 Nigerian music superstar and Afrofusion pioneer, Burna Boy, joined the league of Afrobeats stars who have shut down the iconic London’s O2 Arena, with their own headlines concert on Friday, August 27, 2021.

The Burna Boy 02 Arena concert was part of his Space Drift Arena Tour organized by Cokobar in conjunction with Spaceship Entertainment, heralds the African Giant kicking off The O2’s Welcome Back Show series, which also featured a diverse lineup of headline artists, including the duo of Mavin superstars Ruger and Rema, who entertained the mammoth audience.

The fully packed 02 Arena is the second-largest capacity of any indoor venue in the United Kingdom, and it’s as well tagged the world’s busiest music arena, which is a concert hall packed to the brim with an excited entertainment crowd.

The highlight of the fully packed 02 Arena was captured by Micheal Tubes Creation, who revealed the artiste, known for his mercurial performances, reinventing the cataclysmic sounds that make up his unique music.

The event sees Burna Boy delivers electrifying performances for some of his hits songs over the years such as On The Low, Dangote, Anybody, Kilometre, Killin Dem, and many others, including the just-released single ‘Question’ which features Nigerian record producer, Don Jazzy, which made massive waves.