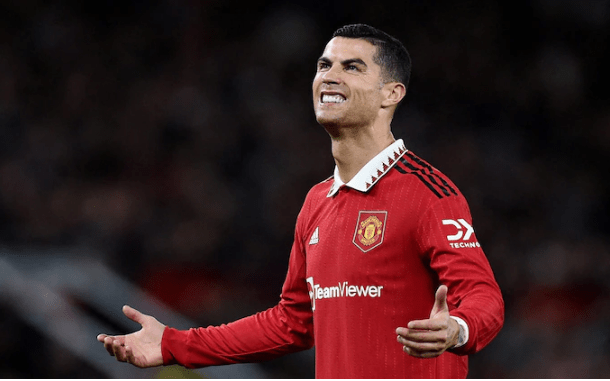 Cristiano Ronaldo has claimed that he has “no respect” for Manchester United manager Erik ten Hag, accusing the club of betraying him and attempting to force him out.

Ronaldo blew the lid off his broken relationship with United in a bombshell interview with Piers Morgan for TalkTV, directing a blistering volley of abuse at Ten Hag that will almost certainly spell the end of his time with the club.

Ten Hag left Ronaldo out of United’s squad for last month’s game against Chelsea after the five-time World Player of the Year refused to come on as a substitute against Tottenham at Old Trafford.

And now, the 37-year-old has revealed his true feelings for United manager Jose Mourinho, who took over at Old Trafford in May, in an explosive outburst that is likely to have far-reaching consequences.

Ronaldo says he feels “betrayed” by United and has accused Ten Hag and the club’s hierarchy of trying to drive him out of the club. Asked if he felt he was being forced out, Ronaldo replied: “Yes, not only the coach but another two or three guys there around the club. I felt betrayed.”
When Morgan asked Ronaldo again if he thought United was trying to get rid of him, he replied, “Honestly, I shouldn’t say that – I don’t know.” But, listen, I don’t mind. People should always pay attention to the truth. Yes, I felt betrayed, and I had the impression that some people did not want me here, not only this year but also last year.”
On Sunday, United defeated Fulham 2-1 at Craven Cottage in their final game before the World Cup break. Ten Hag attributed Ronaldo’s absence from the game and Thursday’s 4-2 Carabao Cup win over Aston Villa to illness.
The Cristiano Ronaldo Interview continues as he claims this has been the “most difficult period of my life” and, according to Morgan, said he was angry at being made a “black sheep” who was being blamed for all the problems at the club.
Morgan’s full 90-minute interview with Ronaldo is set to air on TalkTV at 8 p.m. on Wednesday, and Ten Hag is not the only figure to receive harsh criticism from the player.
Ralf Rangnick took over as interim manager for Ole Gunnar Solskjaer last November, but Ronaldo slammed United’s decision to hire the former Schalke and RB Leipzig coach, who had only had one brief managerial stint in the decade prior to his appointment at Old Trafford.
“If you’re not even a coach, how are you going to be the boss of Manchester United? I’d never even heard of him,” Ronaldo said.
Ronaldo also took aim at former Manchester United teammate Wayne Rooney, who has suggested that the club sell the striker. “I don’t know why he criticises me so badly … probably because he finished his career and I’m still playing at [a] high level,” Ronaldo said, before chuckling and adding: “I’m not going to say that I’m looking better than him. Which is true …”

Returning to his criticism of United, Ronaldo was moved by Liverpool fans’ support at Anfield in April, as well as a note of condolence from the Royal Family, following the tragic news that his partner Georgina Rodriguez had lost their baby son during childbirth, with the boy’s twin sister surviving.
However, according to Morgan, Ronaldo accused United of lacking “empathy,” particularly when his three-month-old daughter was hospitalized in July and he was unable to return to pre-season training on time because he wanted to be with her. Ronaldo also claimed that senior executives at Old Trafford questioned him when he explained why he couldn’t return, which made him feel “hurt” and “bad.”
When Ronaldo returned to Old Trafford, he was astounded by the lack of improvements to training facilities and technology, as well as the dismissive attitude of younger players and the club’s struggles to compete for the best players.

“The progress was zero,” he said. “Since Sir Alex [Ferguson] left, I saw no evolution in the club. Nothing has changed. “I think the fans should know the truth. I want the best for the club. This is why I come to Manchester United. But you have some things inside that don’t help (us) reach the top level as City, Liverpool and even now Arsenal … a club with this dimension should be top of the tree in my opinion and they are not unfortunately.”
Ronaldo believes drastic measures are required to repair the club, which could include his departure. “As Picasso said, you have to destroy it to rebuild it and if they start with me, for me, it’s not a problem,” he said.  “I love Manchester United, I love the fans, they’re always on my side. But if they want to do it different … they have to change many, many things.”
Asked what Ferguson thinks of the situation, Ronaldo added: “He knows better than anybody that the club is not on the path they deserve to be. He knows. Everyone knows. The people who don’t see that … it’s because they don’t want to see; they are blind.”
Report Credit: Telegraph UK
Continue Reading
Advertisement
You may also like...
Related Topics:Cristiano Ronaldo, Erik Ten Hag, Manchester United, Piers Morgan