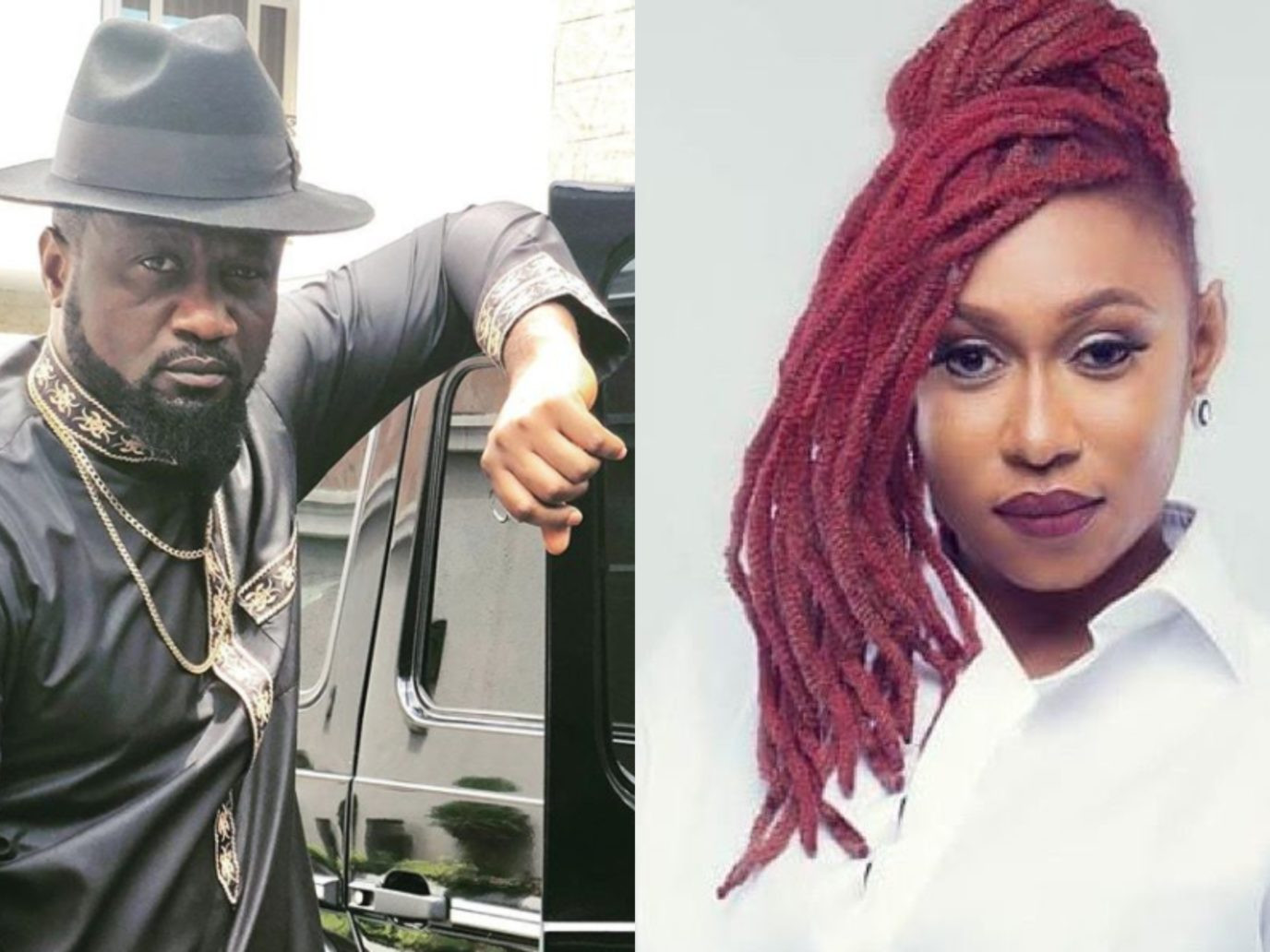 In the last few days, Cynthia Morgan label drama with Jude Okoye‘s Northside Inc has generated buzz in Africa’s media space, following open accusations that she lost everything to her then record label including her name, royalties, VEVO account and social media profiles during an Instagram Live session with Upfront with Sandra days ago.

However, Jude Okoye has come out to denies the allegations by Morgan in an Instagram Live session with Tunde Ednut days ago, saying that he did not own Morgan’s government name has she claims, or taken over her Instagram and Twitter accounts, but he admits that he took over her VEVO account because it is a means of him recovering over N40m he spent on her.

As already promised that he will release copies of the contract Cynthia Morgan signed in 2013 with his Northside Entertainment.

The deal was reported drafted by Morgan and her then-manager Joy Tongo presented to Jude, who signed and placed the label’s letter-head.

Here’s the contract made available to Tunde Ednut and signed in October 2013, ran for 4 years and had a 2-year option renewal. 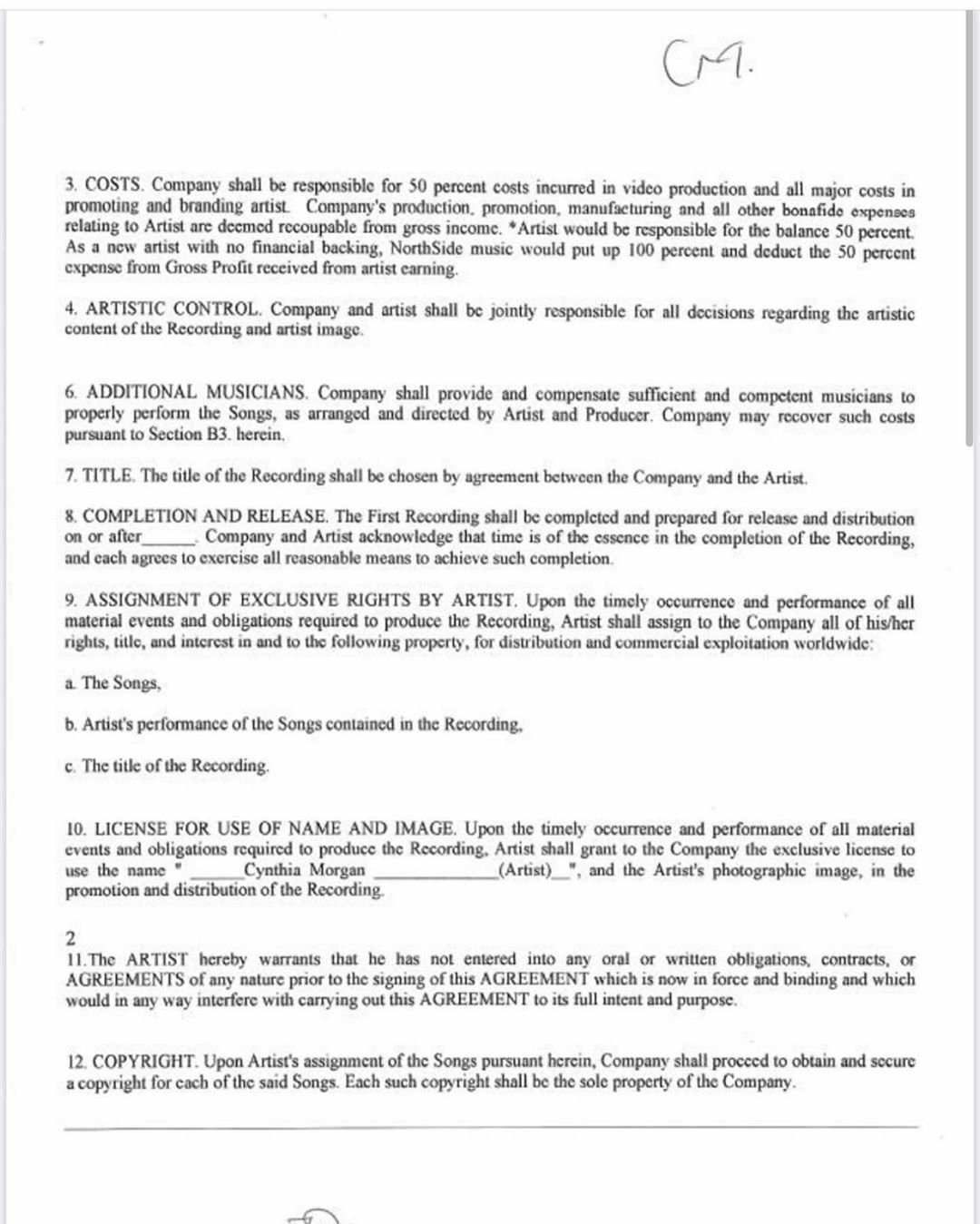 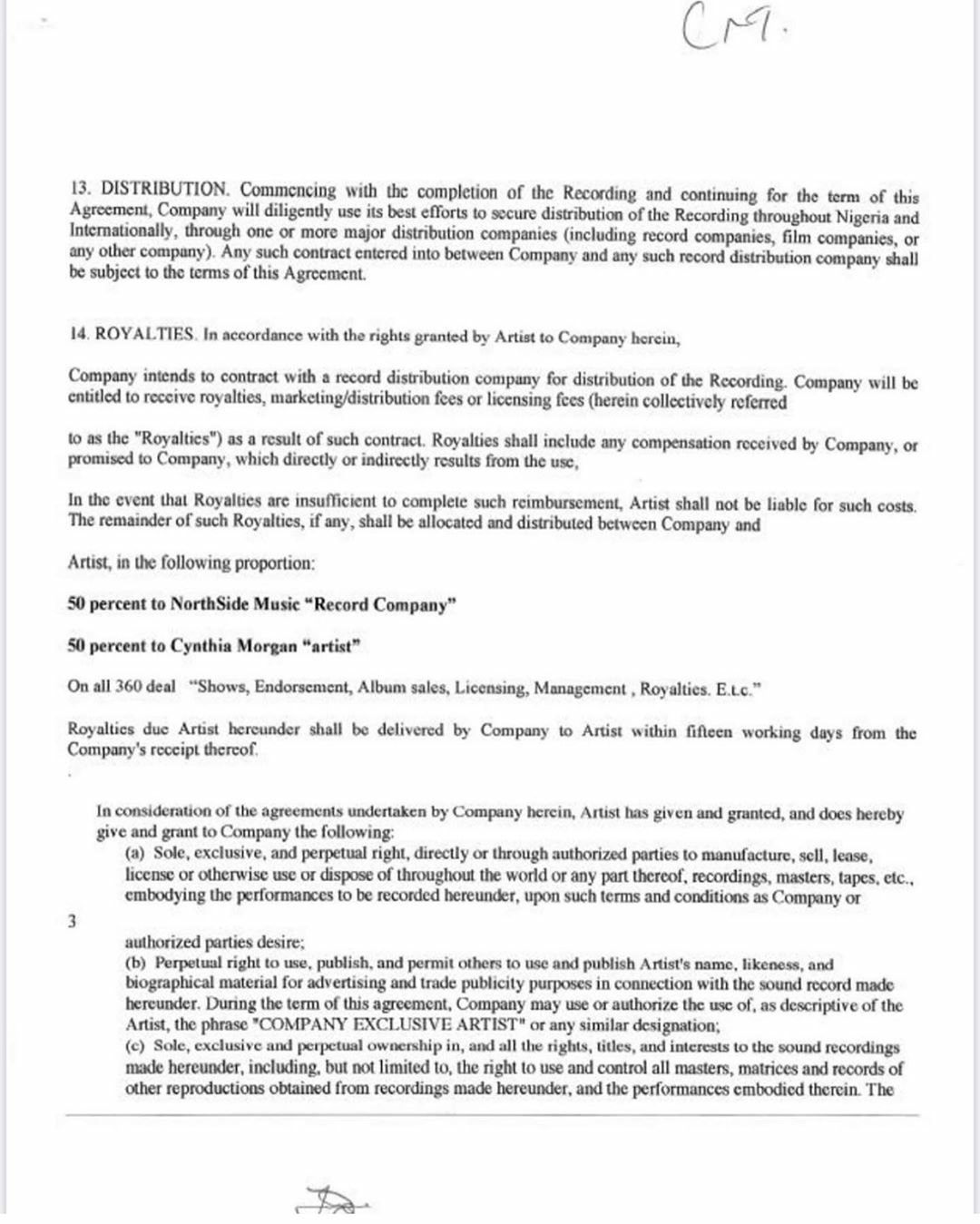 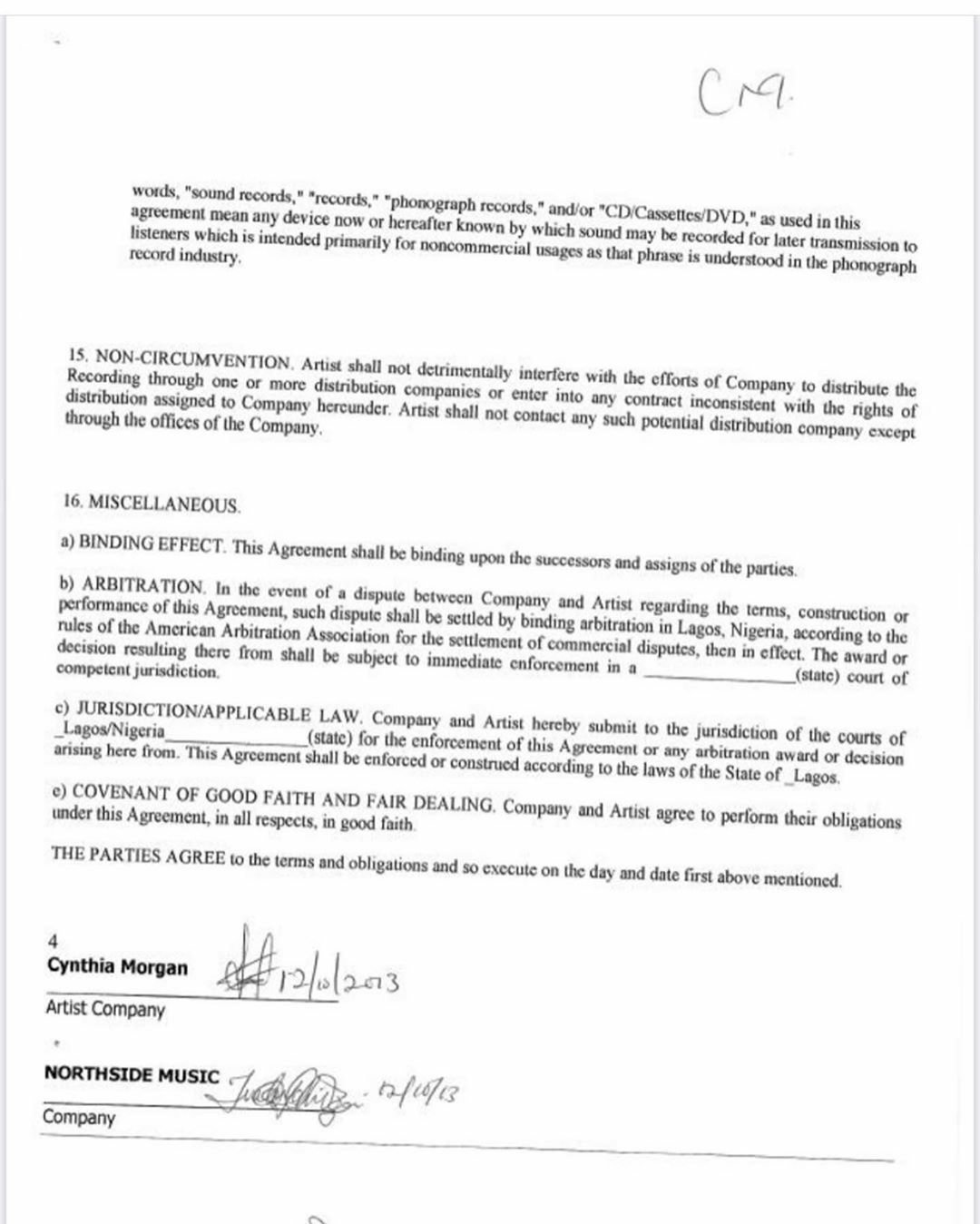