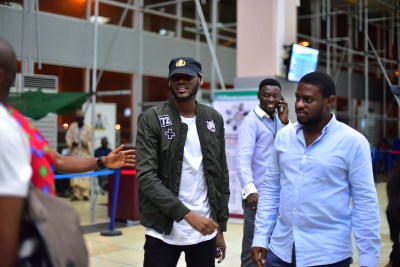 Legendary Nigerian musician Innocent Idibia, popularly known as 2face or 2Baba has described the fraud case that led to the arrest of Dammy Krane in USA, as case of implication.

The  African Queen ” crooner 2Baba set the record straight that his former label signee knows nothing about the case.

On 1st of June, the ” Amin ” crooner Dammy Kranne was arrested at the Miami Airport, for grand theft, fraud case and use of stolen credit card.

Dammy Krane’s Issue Is a Case of Implication — 2Baba

The Holy Holy crooner stated his position on the issue in an interview with hip TV, recently.