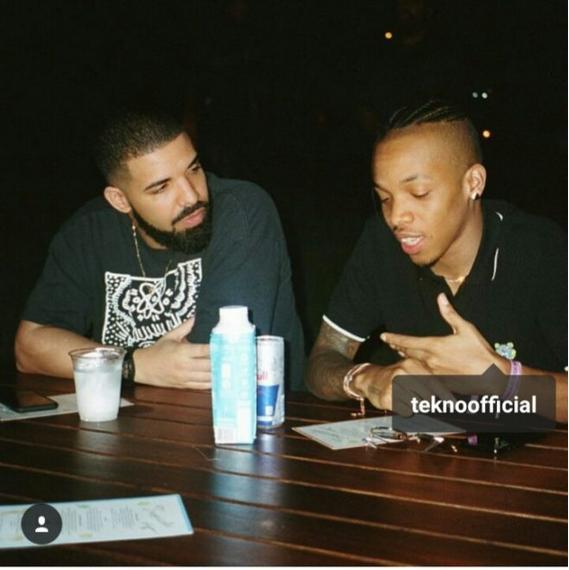 Ever since the picture of Nigerian pop star Tekno and Canadian-American rap star Drake surfaced online over the weekend, he has beginning to receives congratulatory messages from fans and colleagues on his recent move, but joining league of Nigerians wishing him on his recent move is Davido.

The Sony Music/RCA Records act and DMW boss Davido had something to say about the new brotherly love that Tekno is receiving from Drake. The ” Fia “ singer took to his twitter page to write about what the relationship means for the culture.

Davido has something to say about the new relationship between both stars, after the Canadian Rapper and singer, Drake shared this photo of him looking star-struck in the presence of Tekno.

How Tinubu Begged Me To Step Down For Gbajabiamila in His Bedroom — Yakubu Dogara
Here Are 9 Interesting Facts You Don’t Know About Davido, Number 7 Will Shock You
Advertisement