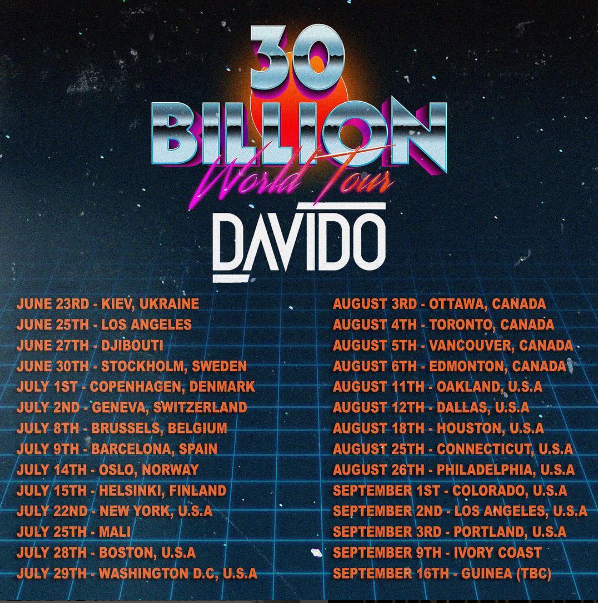 The tour which the ” IF ” singer announced via social media on June 10, came on the back of the success of “30 Billion”, his single which has been a hit from day one.

Thank God for a great show!! Love was crazy ❤️❤️ LIT LIT LIT ! Great start to the #30billiontour next stop Lagos for a few then back on road to DJIBOUTI!!

It commenced on June 23 and will last through the Summer across cities in the US, Europe, and Africa. till September 3.

This is coming days after Davido gushed over his new celebrity follower, Cristiano Ronaldo.

“All my guys call me @cristiano !! MADRID HERE I COME !!” he said in excitement.