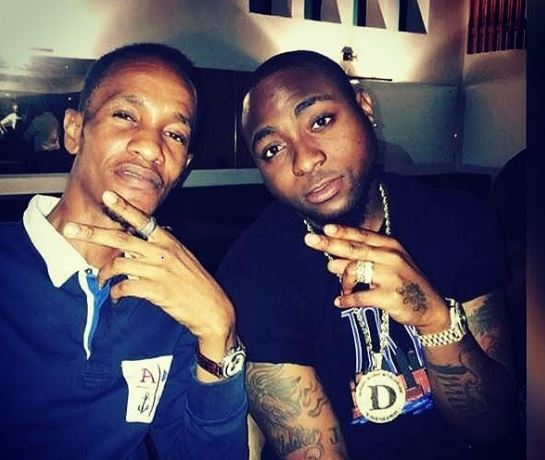 The biggest story that overshadowed the leaked open letter that Minister of State Petroleum wrote to Nigeria’s president over the unlawful contract awarding in the NNPC sector, was the death of Davido’s friend named Tagbo.

Acording to report Tagbo was alleged to have died after drinking several shots of tequila during a night out with friends in Lagos.

However, Tagbo’s friend and Nollywood actress, Caroline Danjuma, accused Davido and his crew of dumping Tagbo’s body at a general hospital in Lagos Island and fled. In the wake of several conflicting reports on the incident, Sunday Scoop spoke exclusively with Tagbo’s immediate elder sister, Equi Arakada, who is based in the United Kingdom.

She was badly shaken and it was clear to see that the sad incident was causing her great grief.

Davido’s Tagbo Death Saga: ” Autopsy Will be Out on Monday, as Davido Not Reaching Out to Family Yet ” Says Late Tagbo’s Sister

“I am a year older than he was, and October 3 was supposed to be his 35th birthday. They’re trying to portray him as a drunk or useless person, and that’s not true. There’s more to social media than what we see on the screen. He was not married and he didn’t have any kids. He was an engineer but he was trying to diversify into the music business. Not as a musician, but maybe as a record label owner,” she said.

“He could upload some pictures of himself hanging out with his friends, but that does not mean that he doesn’t have anything else he does with his life. He was a very caring and outgoing person, and he had a great future ahead of him. I would definitely not wish what we, his loved ones, are going through right now on anybody.

Nobody deserves to die the way he did; abandoned at a time he needed help the most. Nobody deserves the nonchalance that the parties involved are displaying. It’s really unfair. Our dad is late, and my mum is taking this one day at a time.

Davido has not reached out to anyone in my family; not me, my mum, or Tagbo’s brother. I only knew about my brother’s friendship with Davido through social media; I had never met him. But they’ve been friends for some time now because I often see pictures of them together. I’m not really familiar with many of the artistes in Nigeria, but I know that on the night of the incident, Tagbo was with Davido and Dammy Krane.

Right now, we’re trying to gather as much information as possible to aid the investigation. All we need is justice; we don’t need any financial gain from this sad incident. We would dig to the root of the matter and find out if it was the negligence of anybody that led to this, or there was any sort of tampering involved. The autopsy would be conducted on Monday; any contrary news is false.”

However, Davido and his team have refused to make any comment on the matter. When Sunday Scoop put a call through to Davido’s manager, Asa Asika, he said, “We don’t have any comment on this matter; there is nothing to say.”

Meanwhile, the police have also confirmed that the autopsy would be carried out on Monday.

Open Thread : Is Wizkid Truly A Legend?
Real Madrid Superstar Cristiano Ronaldo Reveals Why He Axed Dribbling Skills that Made Him Famous
Advertisement