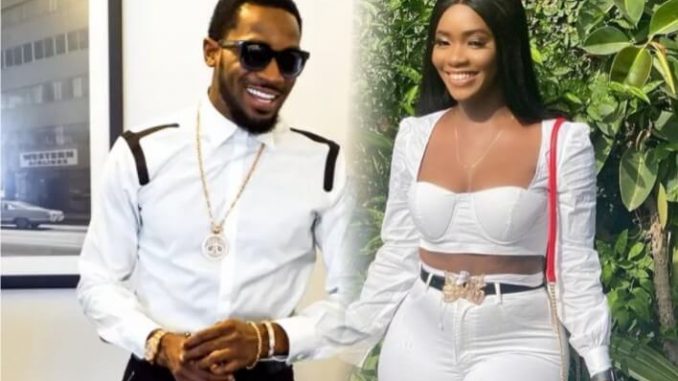 Veteran Nigerian entertainer, entrepreneur and D’Kings Men Media boss, Dapo Oyebanjo, popularly known as D’banj has been cleared of the rape allegations levelled against him by Ms Seyitan, according to report.

Report reaching us at GYOnlineNG.COM reported that D’banj has been cleared by the Nigerian Police Force, as the accuser Ms Seyitan withdrew her petition citing personal reasons in a letter written to the police.

In a letter dated July 17, 2020, addressed to the Inspector-General of Police through Ms Seyitan lawyer, Olamide Omileye, she said she was withdrawing from the case for personal reasons.

The letter read in part, “We hereby officially notify you of our client’s intention to withdraw and discontinue her petition against Mr Oladapo Daniel Oyebanjo aka D’Banj for personal reasons. Our client further humbly applies that the investigation and all other action that is currently being carried out by the police with respect to the statement.”

In his response to the letter, the Deputy Commissioner of Police (Admin), Umar Sanda, said the investigation had discontinued due to lack of evidence. However, Human rights group, Stand To End Rape Initiative is popularly known as STER, said Seyitan decided to end the case without receiving any monetary compensation.

D’banj Cleared From All Rape Allegations Charges By Police, As Seyitan Withdraw Petition Case Against Him

STER, which was active in support of Seyitan’s quest for justice, thanked everyone. The statement read in part, “On July 13, 2020, Ms Babatayo informed STER that a private non-monetary agreement was reached with D’Banj’s team. We, therefore, present this statement as the full account of our stewardship on this matter.”

Press Statement: In line w/ our key values— integrity & transparency; this is a detailed report of STER & partner NGO’s intervention in the case of Ms Seyitan Babatayo against Mr Oyebanjo (aka D’Banj).

As an NGO, STER remains committed to supporting survivors of SGBV in Nigeria. pic.twitter.com/BaR0cPN9Pu

– Press Statement from STER regarding the case of – Seyitan Babatayo against – D’Banj. pic.twitter.com/hIwdZZpTeg

Kim Kardashian West Breaks The Silence On How Her Husband Kanye West Is Struggling With Bipolar Disorder’s Mental Health Illness, Request For “Compassion And Empathy” From Media
Kanye West Apologizes to His Wife, Kim Kardashian-West for Publicly Addressing Private Matters Of Their Marriage In Public
Advertisement