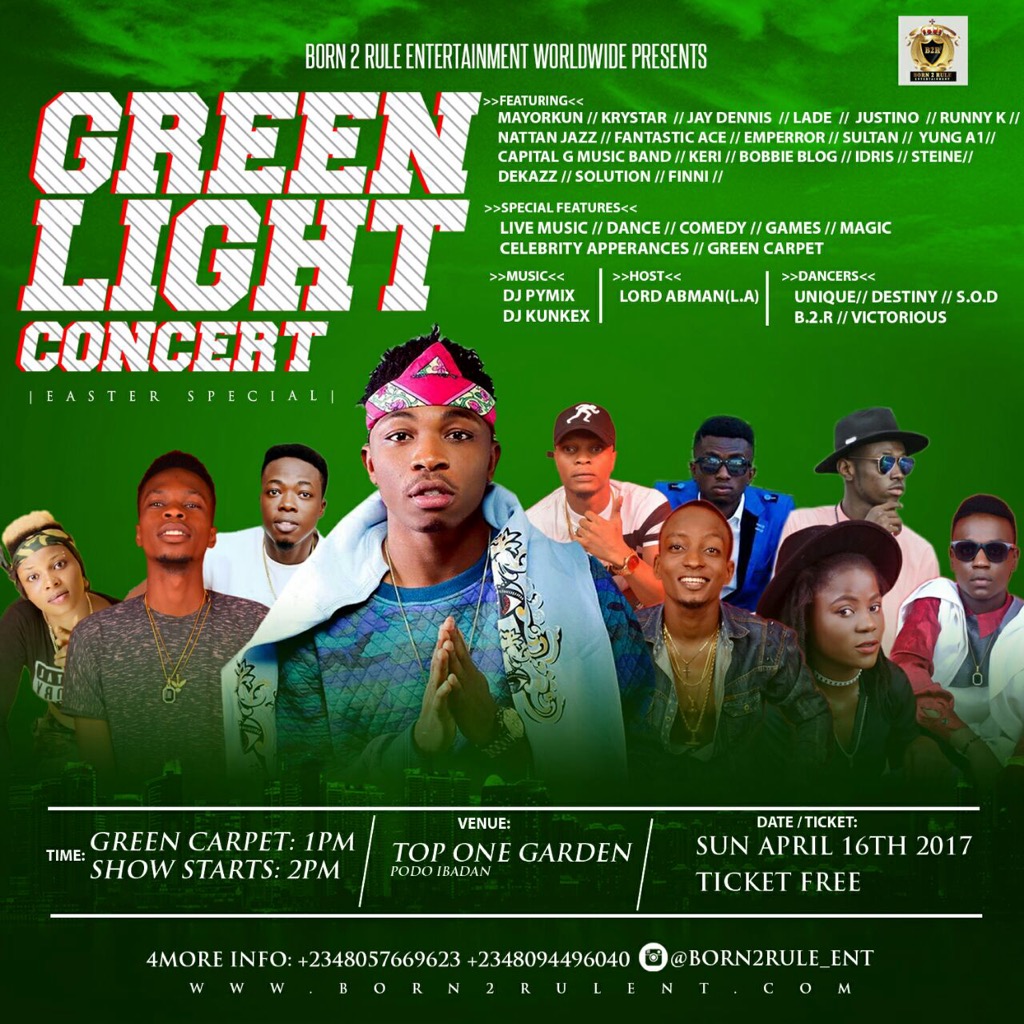 The rising pop star Mayorkun was signed by one of the biggest music star in African continent Davido in 2016, and he goes far as releasing his debut single ” Eleko “ which dominate radio, TV and online airplays for months and it goes far of becoming one the biggest song of the year.

His debut single ” Eleko “ video recorded over two million views on YouTube in its first two weeks. He has goes far of releasing songs such as ” Yawa “ , ” My Prayer “ with Davido off the DMW‘s compilation album, ” Love You Tired “ with Headies’s Awards 2016 ” Next Rated “ winner Mr Eazi and his recent one ” Sade “.

As the countdown begins, Mayorkun is set to shut down the ancient city of Ibadan for the Easter Special concert tagged ” Green Light Concert”. Guys make it a date!

This event is proudly supported by GYOnlineNG.