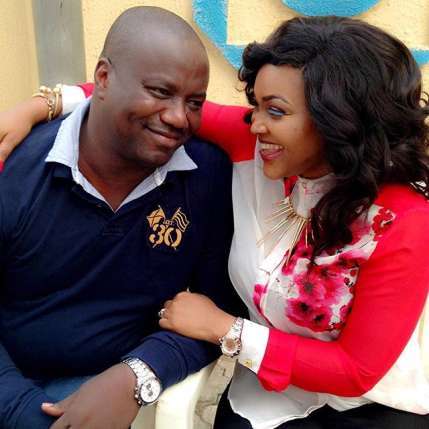 The embattled husband of the Nollywood actress Mercy Aigbe, Lanre Gentry has open ups on life in Kirikiri Prison. The Lagos based society Lanre Gentry was embroiled in domestic violence of beating his wife, but his wife’s decision to send him there made it easy for his observation to be made.

The Lagos based hotelier spend 7 days in Kirikiri prison but was released on Tuesday, after he was taken into custody by the police on a two-count charge of Assault and Battery, expressed disappointment at the government over the state of the prison.

According to him, he said the government should not focus on issues like domestic violence, but work towards making the prisons better, especially as inmates there die everyday.

‘I think this place should be a rehabilitation centre and not a dumping ground,’ Gentry said, adding, ‘Over 3,600 prisoners where we are meant to have just 1,500. Prisoners are now more or less like [beggars].’

#NECLive5 : Multichoice CEO, John Ugbe and Nollywood Star Toyin Abraham Presentation on ” How Nollywood is Reclaiming the Market from Hollywood ” at Nigeria Entertainment Conference
Incredible! 2Baba Leave His Celeb Status at Home as He was Spotted at Lagos Airport Without Escorts or Bodyguards
Advertisement