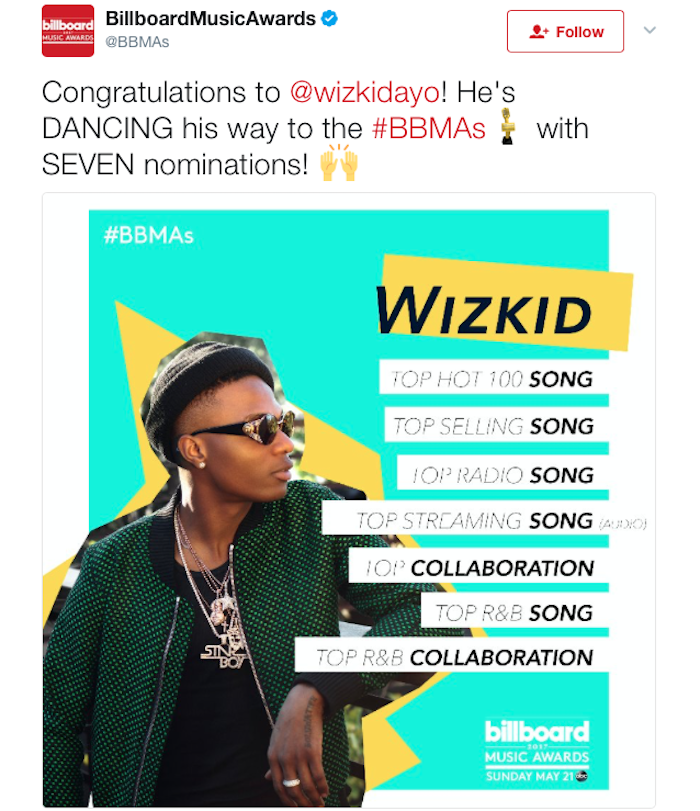 The Drake‘s ghost magic is at work once again for Nigerian music superstar Wizkid has he continue to ride on the ” One Dance ” success with seven nomination at Billboard Awards 2017, coming up on May 21.

The Baba Nla of Africa’s nomination comes from Drake‘s ” One Dance ‘‘, which features him alongside with Kyla. The single helps the Drake achieve is first ever Billboard chart Top 100 & 200 as the single became one of the longest ever staying single on Billboard Chart history. 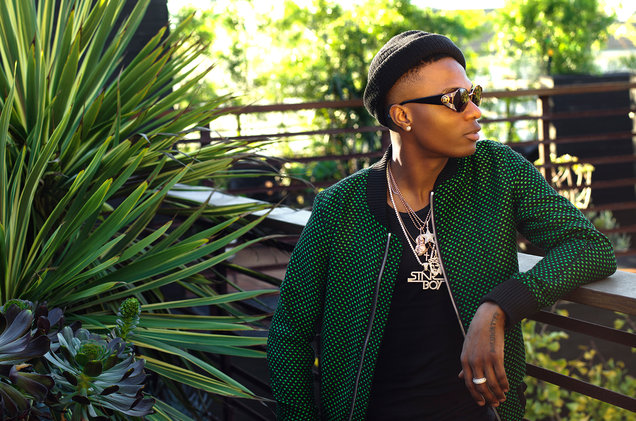 After one month of announcing nominees for this year edition of Billboard Awards 2017, the organiser has finally acknowledge the nomination of Wizkid has they took to micro-blogging site Twitter to congratulates him.

The acknowledge comes just 3 days that BET announced the nomination of Wizkid for this year of BET Awards, alongside with Davido, Tekno, Mr Eazi, AKAA and other.