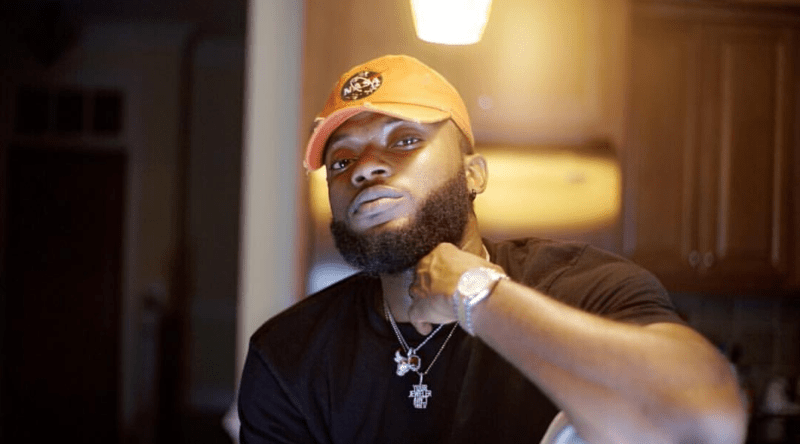 Nigerian rapper and DMW‘s act Raymond Aboriomoh, better known as Dremo, has finally open ups on how smoking loud led to him signing with Davido‘s DMW in 2016.

One time Africa’s trap king turned rapper wey dey sing song revealed the encounter that led to him joining the Davido‘s DMW family. According to Dremo, he said he received a call from his childhood friend Banko, who is an associate of Davido, and now general manager of Sony Music West Africa region.

In an exclusive interview with Motolani Alake of Pulse Nigeria, Dremo disclosed that Banko called him that Davido will be in town, and he should come an join them in Lagos. As anticipated as Dremo is, he rushes back to Lagos from Ibadan to the Davido‘s house, and everything is a story today.

According to the ” Ojere ” crooner, he said that faithful night he went with Davido and his gang to the club. But before the club, Dremo had already smoke loud for the first time in his life.

“Davido was shooting the video for Osinachi (Remix) with Humblesmith and I already had the loud in my system. Brother, I come dey feel like say everybody dey look me dey yarn about me (laughs). I felt so uncomfortable that I had to go sleep inside David’s car. After the shoot, we went to David’s house and then to the club and then back to the house.

“Everybody was sleeping, but I couldn’t sleep because I had already slept in the afternoon. The insomnia led me to David’s studio where I found a laptop with no beat. In that space, I downloaded the beat to ‘Panda’ by Desiigner, saw a picture of Fela on the wall and recorded my freestyle about Fela.

“When David heard it, he said I had to complete the song which only had a hook and one verse. I completed the song, left the laptop in front of David’s door and went back to mainland.”