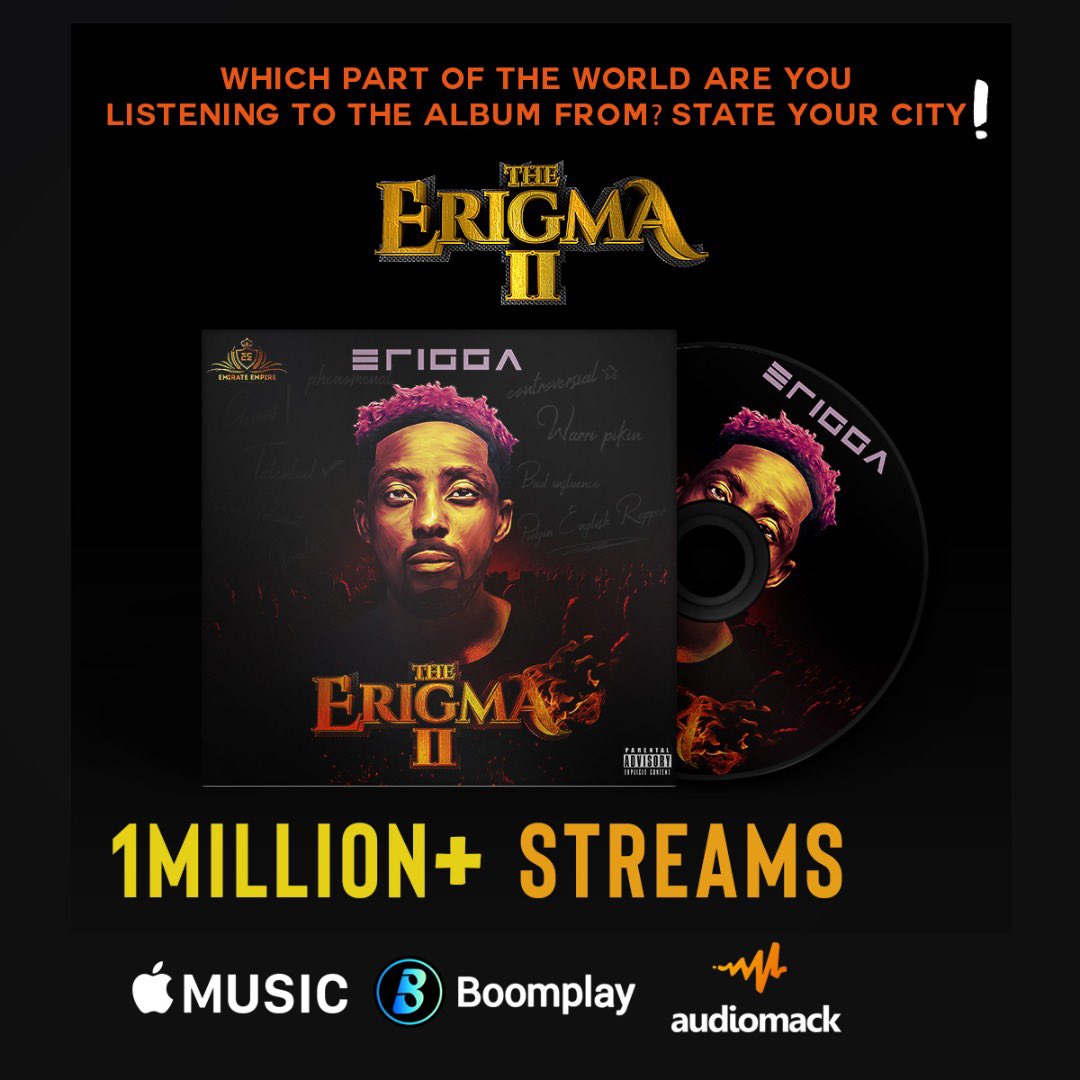 On the 4th of October, Indigenous Igbo rapper and the self-ordained King of the South Erigga releases his long-awaited sophomore album titled ” The Erigma II ”, which was available on all stream platforms.

Erigga’s new album is 18-tracks with featuring from Nigerian Hip Hop heads such as M.I Abaga, Vector, Ice Prince, Zlatan, Victor AD, and many others. ” The Erigma II ” is a follow-up to critically acclaimed 2017 album, A Trip To The South. 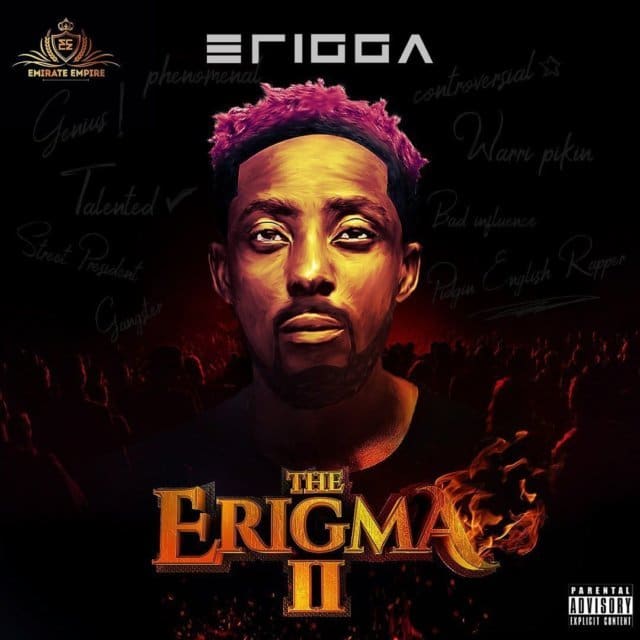 Over the past few days, since the released of the album on all digital streaming & downloading platforms, Erigga‘s ” The Erigma II ” has gathered over a million streams on Apple Music, BoomPlay & AudioMack.

After jst 4 days witout all d fuss that characterizes Album releases,#TheErigma2 Album has now be streamed over a million times on @applemusic, @boomplaymusicng & @audiomack alone! This happened because of 3 things, Hardwork, Prayer & Loyal fans. What city are you streaming frm? pic.twitter.com/qxlgZCtq9v

Enjoy below on iTunes

Northboi vs Killertunes & Wizkid: Northboi Drags Wizkid On Social Media For Not Giving Him Credit For ‘Joro’ & How He Allegedly Threatened Him With Gun Over ” Joro ” Beat
Sarkodie Made History At BET Hip Hop Awards 2019, But What’s That History? Find It Here…..
Advertisement