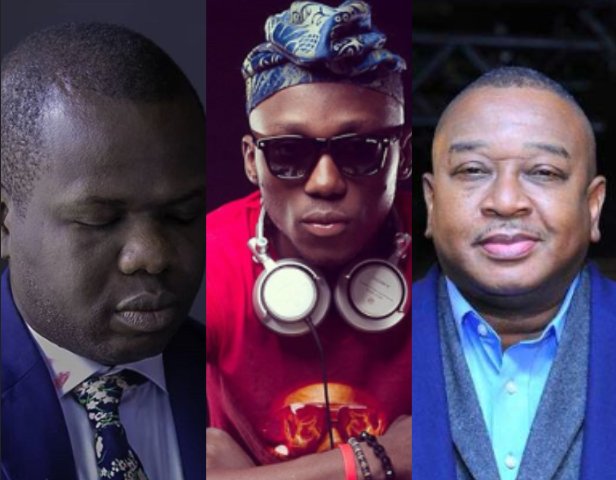 Former Lil Kesh‘s manager and Olamide‘s PR manager Wale Applause pen-down a revealing ” open letter ” about the state of Nigeria music industry, and a true story of an artiste manager and lesson for aspiring talent manager.

In the explosive open letter, Wale Applause openly exposed some top Nigeria’s On-Air Personalities and Disc Jockey’s such as Olisa Adibua, Osi Suave and DJ Spinall of payola. According to Wale Applause, these persons are the leaders of the damaging payola culture and do not support young artistes as they pose to do. In other words, they charge to play. His allegations are quite damning.

Payola, in the music industry, is the illegal practice of payment or other inducement by record companies for the broadcast of recordings on commercial radio, TV & online blogs in which the song is presented as being part of the normal day’s broadcast, without announcing that there has been consideration paid in cash or in kind for its airplay adjacent to the recording’s broadcast. Under US law, a radio station can play a specific song in exchange for money, but this must be disclosed on the air as being sponsored airtime.

“Do not believe 2 faced OAPs like Osi of beat Fm, who come online to act all helpful. Trust me I have been there done that, he is part of the no pay, no show”, Wale purported.

He further narrated that even after getting paid, Osi would only support in a reluctant stance; Now back to the Osi matter, I waited till this day to tell the story. As a rookie manager back in the days, Osi was a rookie OAP too, I like to work with people like that because in my head we trying to help each other grow, I thought wrong. Back when Osi used to be the errand boy in Beat FM before the advent of twitter which made him a pseudo-celebrity. He was on the midnight show and back then I paid him good money. I cannot specifically remember the amount, but I am sure it was good money because YES I used to throw money around, ask about me. I would always have to stay awake at midnight to listen in to his show, he would not play my music. I would call, he picks when he likes then I will beg him to play my music, at least I paid for it. Sometimes he played, but at a time when we both know most human beings are sleeping, I wonder who he was playing for.

Wale also made heavy payola allegations against the veteran broadcaster, Olisa Adibua, and his entire Beat FM crew – asserting that Olisa illegally billed in dollars. “Another person you do not need in your corner is Olisa of Beat FM, he most likely will charge you in dollars. In short as an artiste manager, throw Beat Fm and all the OAPs away, you do not need them. Forget what you been told. They never played Lil Kesh’s shoki and Oritshefemi’s Double wahala until they became monster hits.”

Superstar Disc Jockey; DJ Spinall also got a drag. According to Wale, every young artiste should avoid Spinall like a plague as he would never show support until you become a big deal. “I will mention one Dj you do not need when your career is budding or trying to germinate. YOU DO NOT NEED DJ SPINALL. If you work with him, you would hate yourself. Forget the hype, when you blow, he will come kissing your as$. He is usually like that. only a good person on social media also if and when you are a celebrity/ As an artiste manager and new artiste, avoid Dj Spinall like a plague.”

Wale reveals that Kaywise charges a fortune but makes sure to get the job done. “DJ Kaywise, he won’t do anything without money, but when you pay and he gets your song, you will get Instagram posts of him dancing and scratching your music. Money well spent.”

“Another Dj you do not need is DJ Kentucky. I don’t even know where he is anymore. Do not be carried away by the name”, Wale asserted.

He, however, hailed DJ Neptune and OAPs; Ilo and Awazi of Soundcity FM for being supportive of young artistes.

One Of Africa’s Poorest Countries, Sierra Leone Has Cancelled $400M China-Funded Airport Deal
What A Peter Obi As Atiku’s Running Mate Means For His Candidacy
Advertisement