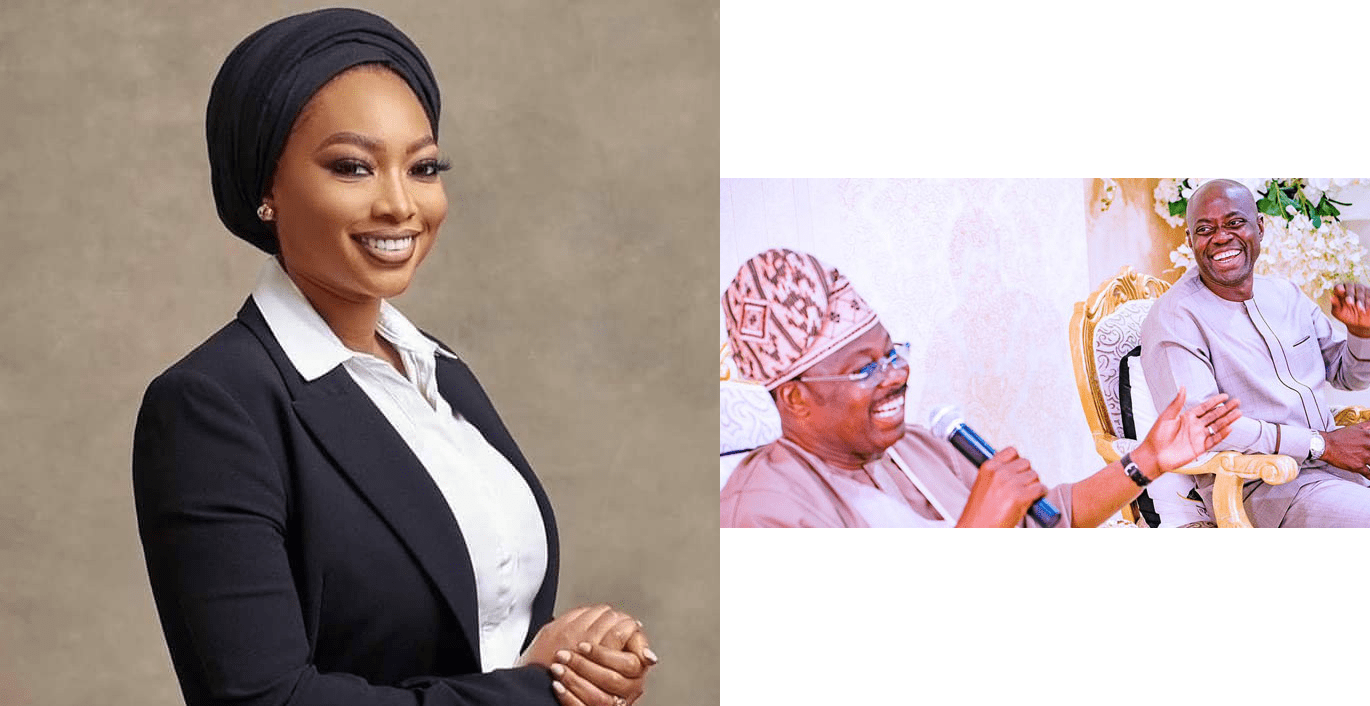 Fatima Ganduje-Ajimobi, who is the wife of Ajimobi‘s son Idris Ajimobi, replied a viral post made by popular social media human right activists Segun Awosanya, known as Segalink on Tuesday.

In the last few days, the family of late Abiola Ajimobi has been in cold war fight with the state governor, following the death of their dearest son last week Thursday.

The Ajimobi‘s widow wife Florence Ajimobi reportedly accused the Seyi Makinde of abandoning the family in their trying times.

Lol 😂 half truth is dangerous sha! SM can never ever ever come close to Ajimobi. Not your mate!!!

The family had accused the governor of refusing to give them the approval to bury their father on a parcel of land in Ibadan. Makinde had said the land in question was a subject of court litigation and thus could not allow Ajimobi to be buried there.

However, Florence accused the governor of being insensitive and refusing to condole with the family when Ajimobi died.