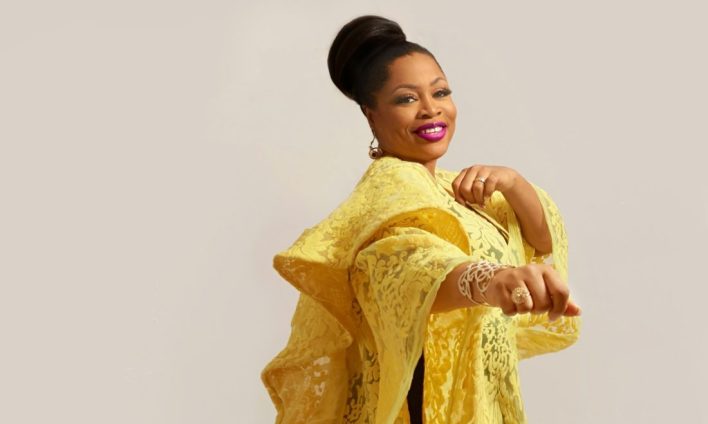 With so many female gospel singers in Nigeria dishing out inspirational songs and winning souls for Christ with deep lyrics and captivating voices, here are the top 6 Nigerian Female Gospel Artists.

Zion Yetunde Are, known as Yetunde Are born into a family of legendary Nigerian Gospel minister Dr.Bola Are, over four decades ago. She’s a veteran Nigerian gospel minister with 25-years experience in ministry and she’s the founder of Showforth Ministries.

For over two decades, Yetunde Are have released 7 albums such as Living Praise, Intimacy, Shekinah Praise, Try Praise, Shiloh Praise, Grace & Scepter of Praise and selling over hundreds of thousands of physical copy around the world. While growing up, she listened & receives inspiration from music from her Mum, Yolanda Adams, Shirley Ceaser, Prophetess Juanita Bynum.

Born Onoriode Ebiere Ariyo, Onos is a gifted Nigerian Gospel singer, songwriter, and lead vocalist at the House on the Rock Church in Lagos.

She is best known for her critically acclaimed song “Alagbara” which was written & produced by Nigerian Music Producer Wilson Joel. In September 2018, she was listed in the Global Top 100 Most Influential People of African Descent (MIPAD).

Ada Ehi is a Nigerian Gospel alternative-rock singer, songwriter, recording and performing artist who crafted her own genre and has since been seen as one of the best in the industry.

In 2009, Ada started her music career under Loveworld Records, and ever since then, she has increasingly gained local and international popularity through her songs and music videos.

Mercy Chinwo has carved out a name for herself in the Nigerian gospel music industry after she broke out to the scene as the winner of the Nigerian Idol Season 2 in 2012. Mercy Chinwo signed to Gospel Music label EeZee Conceptz, and she had gathered over millions of streams on all digital stores.

She’s arguably one of the biggest gospel singers of this generation with several hits songs such as Excess Love, Testimony, Oh Jesus, and many others.

Nigerian gospel singer, film music composer, and actress, Tope Alabi has seen her career in the gospel music industry skyrocketed as the level of spirituality she displays in her songs has drawn so many souls back to God. Tope Alabi is a household name in the Nigerian Gospel ministry kingdom with over decades of experiences.

She is known for hit songs such as Kokoro Igbala, Yes And Amen, Mimo L’oluwa, Imole De, Agbara Olorun, and many others.

She has released several gospels hit songs, including “Way Maker”, “I Know Who I Am”, “Great Are You Lord”, “Rejoice”, “He Did It Again”, “Precious Jesus”, “The Name of Jesus”, “This Is My Season”, “Awesome God”, “For This”, “I Stand Amazed”, “Simply Devoted” and “Jesus is Alive”. Sinach received a Bethlehem Hall of Faith certificate of commemoration during her visit to Israel in December 2017.

In March 2019, the visuals for “Way Maker” became the third Nigerian video to garnered 100 million views on YouTube behind Davido‘s “Fall” and Yemi Alade‘s ”Johnny”. The video is currently the second most-watched Nigerian music video on Youtube. “Way Maker” has been covered by multiple Christian artists such as Michael W. Smith, Darlene Zschech, Leeland, Bethel Music, and Mandisa. In September 2019, Sinach became the first gospel artist from Africa to tour India, headlining concerts with several thousands in attendance.

In May 2020, she became the first African artist to top the Billboard Christian Songwriters chart. In October 2020, her song Way Maker won the song of the year award at the 51st Dove Awards in the United States. She is the first Nigerian gospel artiste to win the award.