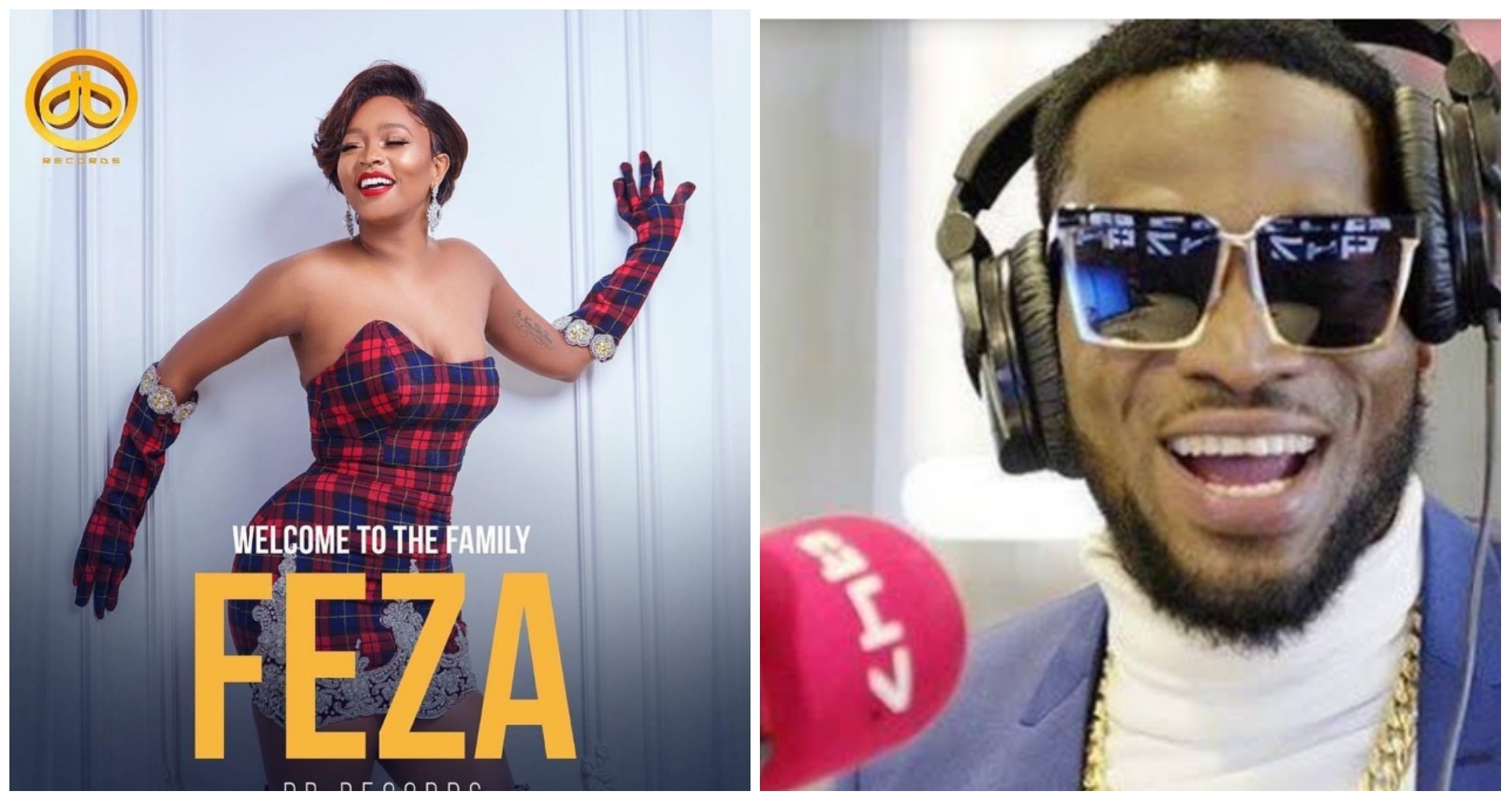 Just yesterday, the koko master himself D banj tease his followers on Instagram with a covered face of his newest addition to DB Records, and further reveals that she’s going to released a new song as soon as possible.

Hours later, the 40-year-old Nigerian music superstar D’banj announces that he has signed Feza Kessy to his DB Records, as the first ever official female artiste under the label imprint.

Who Is Feza Kessy? The Newest Signed Artiste by D’banj Under the DB Records

Who Is Feza Kessy? As D’banj Unveils Tanzanian Singer Feza As the Newest Artiste Under the DB Records Imprint

Feza is a Tanzania artiste and reality star with full name as Feza Tadei Kessy. She’s former Miss Tanzania runner-up and former Big Brother Africa housemate for Season 8 in 2003, where she spent 77 days as a housemate. She finished eighth out of the 28 contestants from the African continent.

The songstress is from Arusha, Tanzania and has a certificate in IT. She has three siblings – an older brother and sister, and one younger brother. According to Feza, their mom raised four children on her own and they always had the best “because of her love, strength and determination”.

She listed Toni Braxton, Rihanna, Lauren Hill, Tiwa Savage and 2Face as part of her favorites artistes of all time.

Here’s what she has to say about confirming the news of her announcement as newest member of D’banj‘s DB Records.