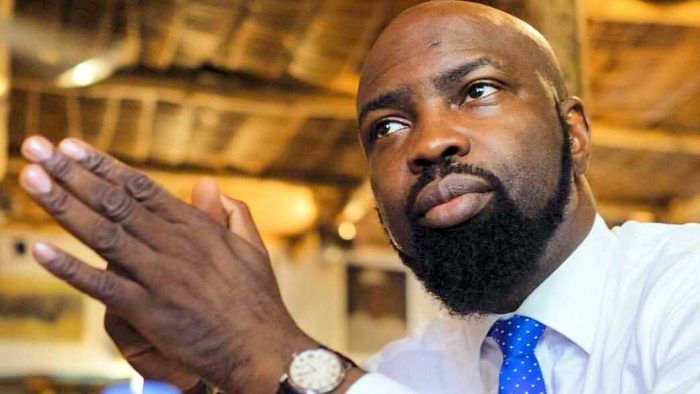 Renowned Nigerian entertainment lawyer and founder/CEO of Chocolate City Group, Audu Maikori has been arrested by the Nigeria police force yesterday in Lagos.

The arrest of Audu Maikori was link to his series of tweets about a fatal attack on his relatives in Southern Kaduna that turned out to be false.

According to his lawyer Mr Jacobs, said that he was arrested around noon Friday by a team of police officers attached to inspector-general monitoring and intelligence team and was immediately transferred to the Force Headquarters in Abuja.

“I arrived at the Force Headquarters and learnt that a detention order has already been signed for him,” Mr. Jacobs said of his client. “I am not sure he will be released tonight.”

#Breaking #SouthernKaduna: Men from @PoliceNG have taken away @audu from Lagos today. He is presently held at Police HQ in Abuja /1 pic.twitter.com/5CkByWcbk3

V. Credible sources @PoliceNG HQ I’m #Abuja indicate they took away @Audu from Lagos on a warrant from Magistrates in #Kaduna pic.twitter.com/stokRWghnY

It appears @policeNG have take @Audu on charges of alleged “incitement”, a colonial era crime against vocal advocates for freedom /3 pic.twitter.com/nyvwhBlArw

It looks like some folks pretty high up want @Audu to at least spend the week-end in detention for raising his voice on #SouthernKaduna /4 pic.twitter.com/dZqExLeIFF

Mr. Jacobs said he was told by the police that a magistrate issued warrant for Mr. Maikori’s arrest and are planning to charged him with attempt to “incite” the public.
Police spokesman, Jimoh Moshood, did not immediately respond to PREMIUM TIMES’ requests for comments Friday night.

The arrest of Mr. Maikori, a vocal advocate for the plight of residents of the restive area, came nearly four weeks after he narrated an attack that purportedly took place in Southern Kaduna.

In a series of tweets on January 23, Mr. Maikori said his driver, later identified as Simon Joseph, told him that he lost his brother in a Fulani herdsmen ambush in Southern Kaduna and will be travelling for burial.
“My driver’syounger brother and five others students of college of education Gidan Waya were ambushed and killed by herdsmen yesterday #SouthernKaduna.

“They were in a commercial car going back to school when the driver stopped suddenly under the pretext of checking his engine #SouthernKaduna.
“As soon as the car stopped the attackers shot all 6 students but let the driver who is Fulani go. He gave us these details#SouthernKaduna.

“When we speak we are viewed as trouble makers by the Govt. Well I have seen the pictures and it’s a painful sight#SouthernKaduna,”.

Social media users became livid after Mr. Maikori’s vivid naration of the purported attack.
The tweets were later picked up by some Nigerian newspaperswithout further checks.

Two days later, Kaduna State College of Education in Gidan Waya, where Mr. Maikori said the students were schooling, issued a statement denying any loss of students to an attack as described by Mr. Maikori.
The Kaduna State Government condemned the misinformation and the reporter responsible for the story in Vanguard Newspaper was arrested and charged.

On February 4, following intense criticism on social media, Mr. Maikori retracted and apologised for posting the tweets in a lenghty article that also offered detailed explanation of how he was misled by Mr. Joseph.
“I hereby tender an unreserved and sincere apology to the Management of the College of Education, Gidan Waya, His Excellency the Governor of Kaduna State and the Kaduna State Government, and also to the people of Southern Kaduna and the Fulani community and also VANGUARD newspapers whose source was my driver for the false statement by my driver which I also publicized believing same to be true,” Mr. Maikori wrote.
Mr. Jacob said Mr. Maikori’s driver was arrested a few days ago in Lagos, and had remained in detention ever since.

“They should immediately release him because he had apologised for the tweets and I don’t think the matter is a criminal offence that warrants him being locked up for so many days,” Mr. Odinkalu told PREMIUM TIMES by telephone.

Over 200 have been killed and thousands more displaced in the latest violence between Fulani herdsmen and southern Kaduna residents.