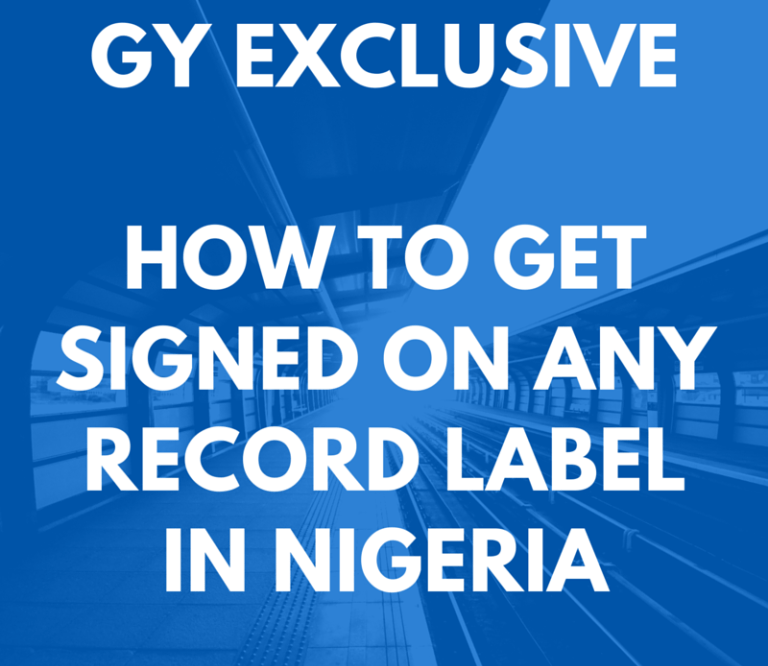 When I was young, I have several brothers and sisters that are doing music and even addicted to music, but they usually come to a point that music is an unprofitable venture for anybody to take as a profession.

But about few years past, and through my findings and the flamboyant lifestyle of our music superstars I discovered that music as developed so much so that people earn a living from music to the extent that artists such as 2baba, Wizkid, Burna Boy, D’banj, Davido, Olamide, P-Square, Ice Prince, Jude Okoye, and others can afford to buy expensive porches car that worst about #50m without even them to be bankrupt .

In recent years stakeholders in the music industry in Nigeria, are now having the mindset that music is business, then you will think like a businessman.

Basically because in any business will investment based on the returns that will get from that business. Because no record label around the world will want to sign any artistes that have not to develop him/herself into an economical brand that they can invest in.

I can recall one of a recent interview that one of the influential label records holders in Nigeria, precisely the president of Chocolate City Music Group, Audu Maikori, says :

“For you to get into Chocolate City system, you really must have worked on yourself. Like some of the artistes we are considering now, they are people who have been doing their own thing. You can’t walk up to me and say you are an artiste and you want a record deal with just two Facebook likes or followers, I won’t take you seriously. People are looking for content.

There are few untalented artistes with five thousand or more followers on social media; that means they are actively engaging and doing something for themselves at the early stage of their career. It’s important that you have those followers because it shows me you have fans.

However, American pop stars Justin Bieber, was discovered  on YouTube through his engaging of uploading his music video demo online,  that means he as fans and he was marketing himself, while duo of newly signee of  Praiz’s  ”  X3M Music” record Sammy and Simi have already engaged themselves on social media with thousands of followers on their various social signals.

While in another interview I can recall from Co-Owner of Empire Mates Entertainment (EME) Banky W, himself says that :

You have to be doing your thing, attending shows etc, he further stressing his point that Skales and Niyola were discovered in shows, while they were doing their own thing.

On this Short Point, I’m Going to Share with you Short Simple to Tricks that’ll Get You Signed into Any Record Label deal in Nigeria.

Enjoy as I take you on a ride: How To Get Signed On Any Record Label In Nigeria

Firstly you have to work on yourself, ensure that your song is good and can be accepted by millions of  Nigerian music lovers.

Get very good production for your song. Listen to songs of top musicians and compare them with yours, then fill the missing link.

2. CREATE A BRAND FOR YOURSELF:

Just like I make mention of Sammy and Simi, in my introduction to this post — they have thousands of followers on social media and they have engaged themselves to perform in many shows over the years.

Presence matters in the music industry of today, because every human being will want to invest in a fertile ground that will bring profits for them in nearest future or short-term because they have to see what that can convince them to invest in you and your musical career. Everybody wants to associates himself or herself with successful people.

Locate a branding and packaging company that can help you in building a brand for yourself. Customize your wardrobe, have a website, etc.

3. LET THE WORLD KNOW ABOUT IT:

We are in a technology world and new media (Internet, social media) will come and stay for about 50 years now. As an upcoming artiste, you can minimize your cost by using social media to create a buzz around you.

You can start by creating e a Facebook Fan page, Twitter, YouTube account and increase your fanbase. With this, you can attract businessmen or women that want to invest in this fast-growing Nigeria music industry or established label record can pick you up for contract deal.

Hope You Enjoy My Short Insight.