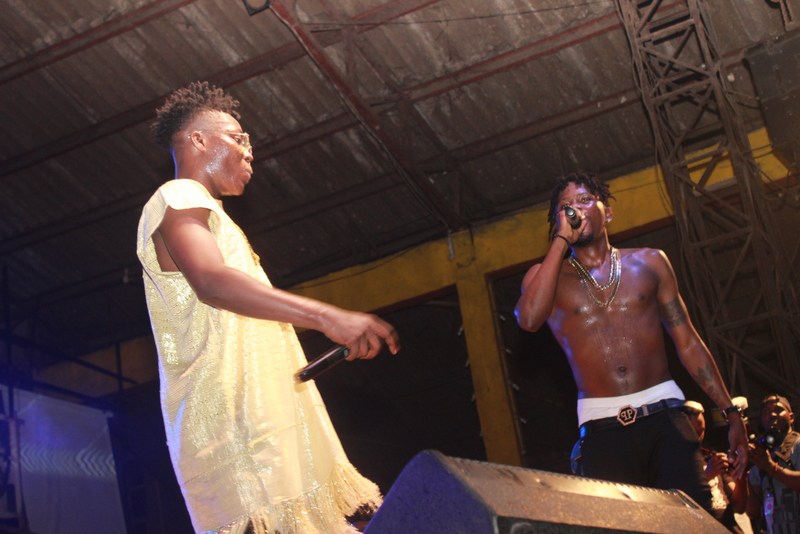 After having two successful years with Mavin Records, Reekado Banks stage his first ever concert tagged ” Reekado Banks Thank You Concert ” in Lagos.

The ” Thank You ” concert sees 3,000 fans were thrilled with various hits songs from Reekado Banks and other artistes at the December 22 at Afrika Shrine, Ikeja, Lagos.

The event sees Reekado Banks received helping hands from his fellow mate such as Don Jazzy, Korede Bello, Tiwa Savage, Di’Ja and Iyanya as they performed with him for the first time since joining the label.

Though, Dr Sid was absent from the event for another show that day, while D’Prince on the order angle has been out of the country for weeks with his wife. The talking moment of the event is when disputes broke out among the fans as when Tekno and Kiss Daniel gave out their jackets and valuable items whilst performing at the concert.

The Mavin wonder kid Reekado Banks, alongside with YBNL’s Viktoh and Tekno also blessed some lucky fans with hundreds of thousands of naira. There are awesome performances by Kiss Daniel, Small Doctor, Falz, Chidinma, Tekno, Don Jazzy, YCee and the Mavin crew. Other entertainers at the Lagos show include Koker, C Kay and Iceberg Slim.

No doubt this is great avenue for Mavin artistes Reekado Banks to end the year, after successful year that gave birth to his debut album ” Spotlight ”.