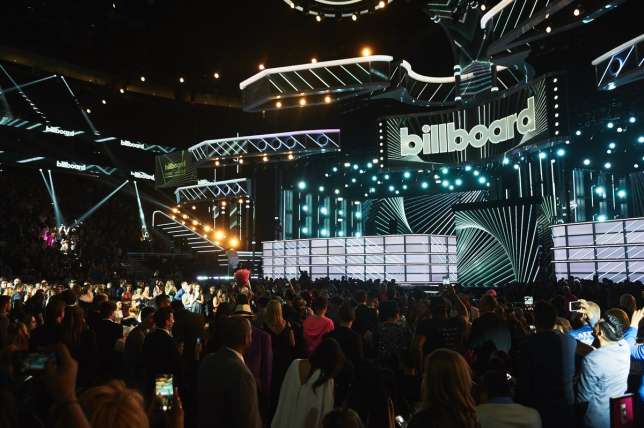 The 2017 edition of Billboard Music Awards 2017 was held on Sunday 21st, May at the T-Mobile Arena in Las Vegas, United States and its get everyone still talking about it as one of the most memorable night in the heart of music lovers.

The Canadian-American rapper Drake emerges as biggest winner in a single year with 13th trophies, beating out Adele‘s ” 21 ” album of 2012 as biggest winner in a single year record. The likes of Beyonce, The Chain smoker, Twenty-One Pilot, Justin Bieber and Drake‘s ” One Dance ” collaborator, Nigerian Afro-Pop star Wizkid made history as first ever artiste from African continent to go home with Billboard Music Awards.

This year edition was host by rapper Ludacris and co-host by Vanessa Hudgens who all pull out the real spirit of showmanship on stage, while Bruno Mars delivers one of his best ever performances on stage and the biggest winner of the night Drake delivers best acceptance speeches ever, and many more.

We got you cover at GYOnlineNG.COM, as set to ditch you some of all that greatness on Sunday below.

Co-hosts Vanessa Hudgens and Ludacris speak onstage during the 2017 Billboard Music Awards at T-Mobile Arena on May 21, 2017 in Las Vegas. (Getty)

Both Vanessa Hudgens and Ludacris are at their peak that night as they gives us what they are paid for.

Nicki Minaj’s takes us to the greatness of the show with appearances from Lil Wayne & Jason Derulo.

The biggest winner of the night, Drake chilling with his awards.

Drake ends beef with Ludacris, boos up Nicki Minaj, thanks Lill Wayne and delivers his best ever acceptance speech that makes everyone applaud in his speech.

Legendary rapper Biggie Smalls is honored by Diddy on his 45th birthday. He also brought out Biggie’s son.

Looking back on one of the best moments of the night, @diddy & CJ Wallace honoring the legendary Biggie Smalls. #BBMAs pic.twitter.com/iFd6Kes6Dm

Ed Helms & Kevin Hart shared a moment as they came out to present the Top Collaboration Award.

This whack audience full of flops does not deserve the greatness of Celine Dion. This is real talent. #BBMAs pic.twitter.com/elJGerOxy7

Bruno Mars rounding up the show with “Versace On The Floor”