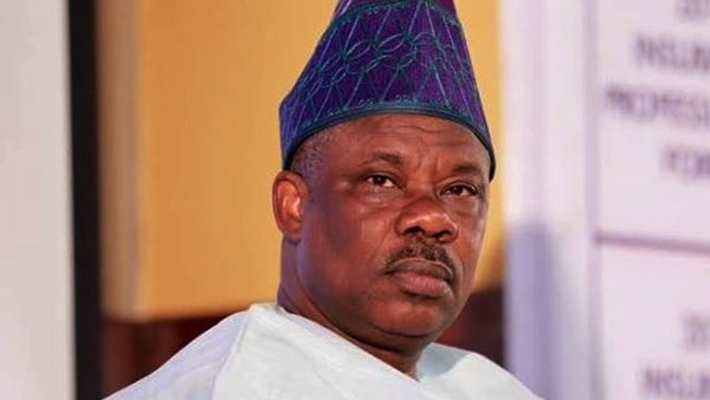 Former governor of Ogun State and Senator of the Federal Republic of Nigeria, Ibikunle Amosun was reportedly to have withdrawn #7.2billion from the state treasury account, according to report.

According to a report published by the People’s Gazzate, reported that SIA withdrew N900 million in 90 transactions at N10 million each on September 26, 2014.

While on September 29, 2014, alone, Mr. Amosun collected N1.2 billion in 120 cash transactions at N10 million each from the state treasury.

The report further says that Ibikunle again withdrew N600 million in cash over 60 transactions at N10 million each next day on September 30, 2014.

The report further says that Amosun makes all those withdraw to support the presidential primaries of the then-opposition All Progressives Congress, Muhammadu Buhari, and he has long been seen as one of those who provided a financial buffer for the Nigerian president.

All the withdrawals came as he was pushing to secure APC presidential ticket for then-candidate Muhammadu Buhari in 2014.