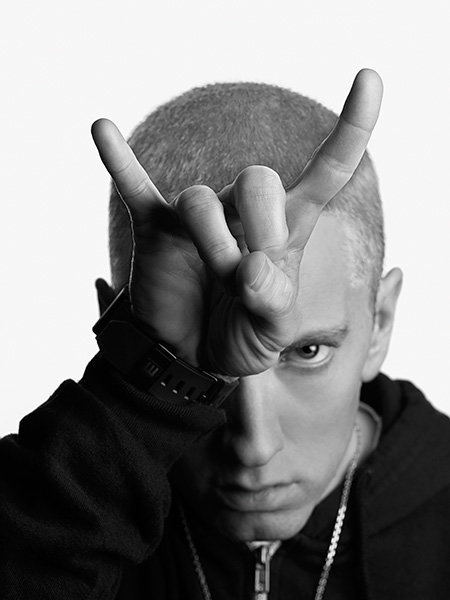 On this emotional ballad single ” Walk on Water “, both Eminem and Beyoncé allure their Godlike statues in the industry, by talking their messages in different direction.

The song started with Beyonce’s angelic vocals in the chorus, noting that she ” Walks on Water ” but she “ain’t no Jesus.”

After the intro Eminem enter by dissecting his life and his career, rapping about the pressure he faces to be perfect and constantly hit a new standard.

Legendary Collabo! Eminem and Beyonce New Single, Will Make You Walk on Water

As the song continues, Eminem raps by questioning how anyone can look at him as a God, noting it’s “all a facade and it’s exhausted.”

The ” Lemonade ” stars Beyoncé ends the ballad with a twist on the chorus, asking the world to remember musicians—even the greatest ones—are humans, too.

“I walk on water, but only when it freezes/ because I’m only human, just like you,” she sings. “I’ve been making my mistakes, so if you only knew/ I don’t think you should believe me the way that you do/ because I’m terrified to let you down.”

She continues, “If I walked on water, I would drown.”

The single is part of Eminem’s rumored new album, Revival. Over the last few weeks, where he’s being seen teasing the project with a fake drug website and medical infomercials, pressing fans to “seize the moment” with a cutting-edge drug called “Revival.”

Continue Reading
Advertisement
You may also like...
Related Topics:Beyonce, Eminem