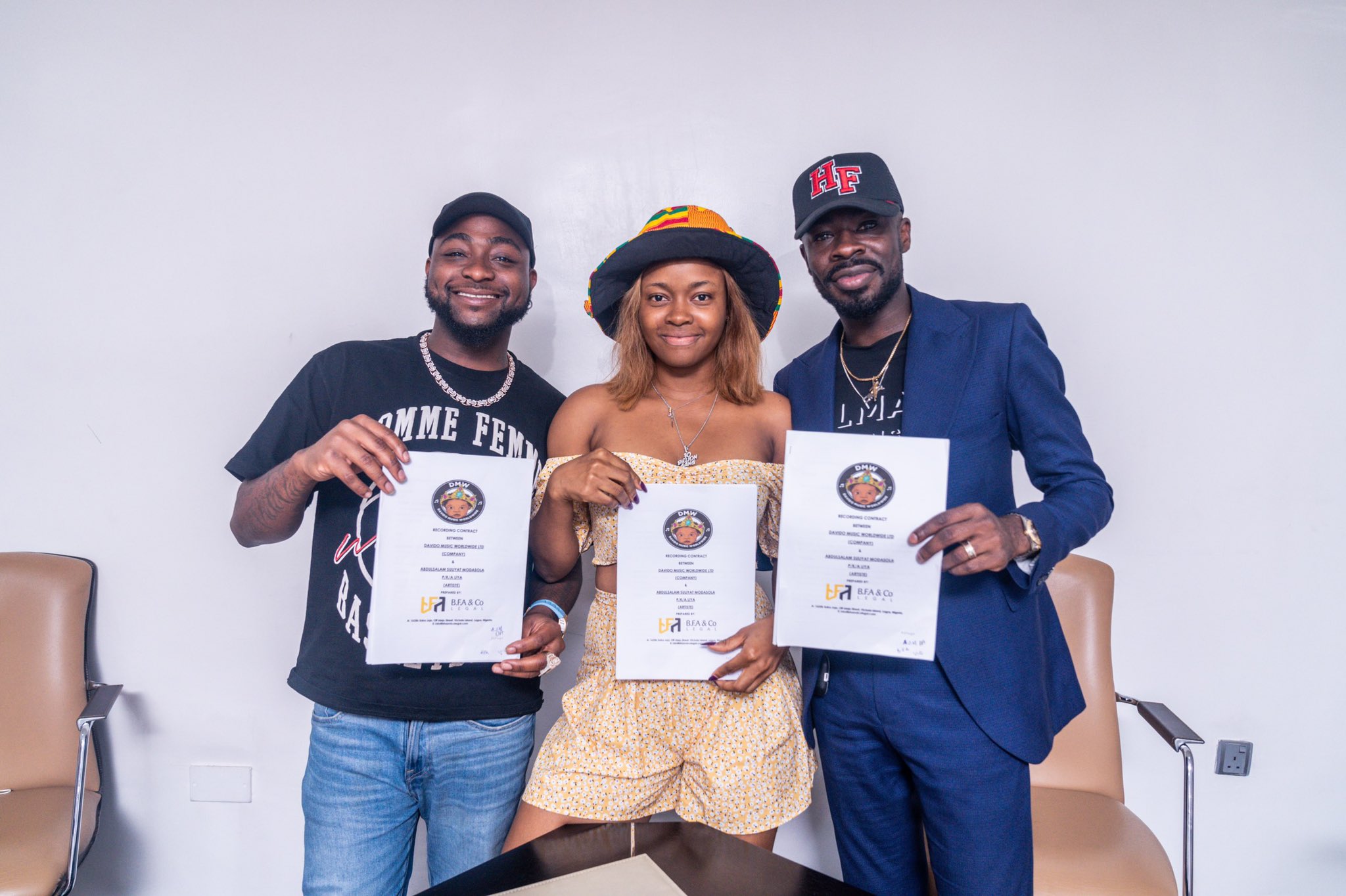 One of the hottest & biggest record label in the Nigerian music industry, Davido Music Worldwide, a.k.a DMW has announced the signing of a new artist goes by the name Liya, into the growing list of 30BG family.

About a few days ago, the owner of DMW’s label, David Adeleke, popularly known as Davido introduced the young talent to us on his social media page, but right now all documentation had been signed by both parties.

The young talent, Liya is the first female artist under the DMW’s roster, and she will join the likes of Mayorkun, Dremo, Peruzzi & others as members of the 30BG family.

The official announcement was made known to the public through Davido’s official social media profiles a few hours ago.

Welcome officially to the party! DMW 1st lady! @yes_liya_ from here it’s onwards and upwards ! On this day I make this promise to you. Imma make you a global star! Never 🧢 !! #30BG cc @bfaandco 🖊 📝 pic.twitter.com/cZpvSiFcUu

My dreams are coming true, here & now @davido I will make you so proud, I appreciate U frm my soul ! I want this more than anything, thank you @freshie_vanz for believing in me, it means so much that I have a manager as passionate as U. As for me, it’s official I AM #30BG🚀 pic.twitter.com/nEZTYkjGbW

Just yesterday, the DMW‘s label terminated the contract of budding rising star, Lil Frosh, following an allegation of domestic violence with his girlfriend.

Burna Boy and Rema Nominates For ” Best African Act ” Category At MTV Base EMA 2020
How M.I Abaga and Vector Squashed Up Their High-Profile Beef In Courtesy of Hennessy & Nosa With Face-to-Face Conversation On Hennessy’s ” The Conversation ” Web Series
Advertisement