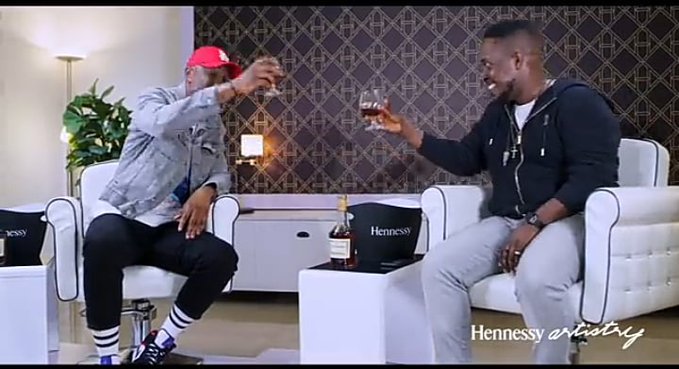 The long age beef between Nigerian rap heavyweights & bars lord, M.I Abaga and Vector has finally come to an end, as both rappers squashed up against their intense fight in courtesy of alcoholic Cognac brand, Hennessy & Nigerian gospel minister, Nosa Omoregie.

In the last few weeks, Hennessy Artistry has been releasing gem contents to celebrate Hip Hop culture in Nigeria, with the first & second video of its ” The Conversation “, which is available on YouTube.

But they finally bless us with the third and final episode of the series, which features legendary Nigerian Hip Hop stars M.I Abaga and Vector, where they discussed their high-profile beef, and also a signal an end to it face-to-face.

During the conversation, M.I Abaga and Vector spoke about the origin of their high-profile beef.

How M.I Abaga and Vector Squashed Up Their High-Profile Beef In Courtesy of Hennessy & Nosa With Face-to-Face Conversation On Hennessy’s ” The Conversation ” Web Series

You can watch the full interview below;