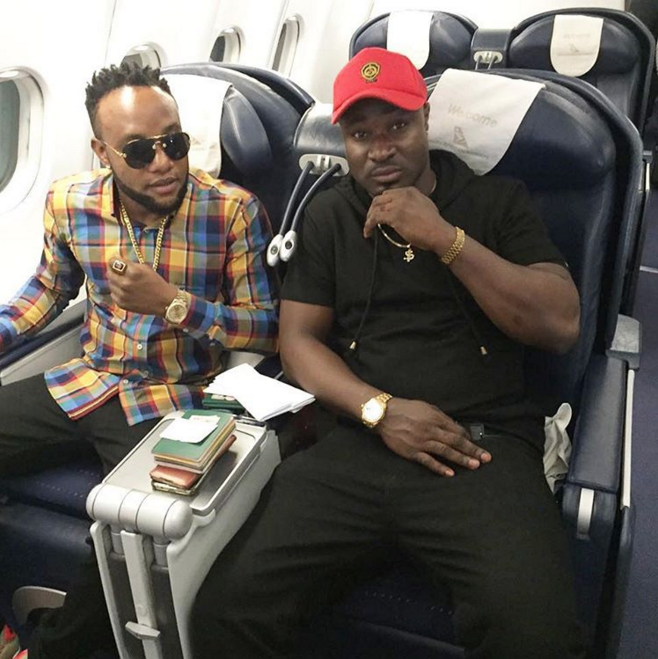 Music Star Harrysong Eats His Words, Return Back to Five Star Music But Says ” Alter Plate is Not Dead ”

After several attacks, insults and accusation on social media, budding and controversial singer Harrysong has return back to Five Star Music.

Sometimes last week, Five Star Music arrest Harrysong on the counts of breach of contract,  fraud and other relate offenses at the Zone 2 Police Command in Onikan, Lagos. Though, he was later released and later pick up again, in order to settle the breach of contract saga between both party.

As am reporting to you this morning, veteran musician Daddy Showkey alongside with Harrysong‘s former label boss Kelvin Luciano has come in to settle the beef at Zone 2 Police Command in Onikan, Lagos yesterday and also at E-Money’s house in Omole Phase 1 in Ikeja to settle out of court.

Now that Harrysong has return back to Five Star Music, he has apologized to the Five Star Music management, his friends and fans for the many controversies that happened recently.

‘I want to say thank you to my five star family, especially Kcee,’ he said.

‘I want to I’m sorry Kcee, I am sorry to Five Star for most of those words said in anger. I miss my family. You don’t expect me to fight with my family forever.’

Though, his manager Desmond Ike said: ‘Fans should not be worried about Alterplate. It has come to stay.’ The problem however isthat Alterplate will not be getting royalties for Harrysong’s new studio works and shows anytime soon.

‘The fact that Harrysong is agreeing on the move to broker a truce doesn’t mean he’d throw away his birthright,’ his rep told us.

Harrysong exclusively owns Alter Plate while Five Star Music is run by a different management. The label he launched in November 2016