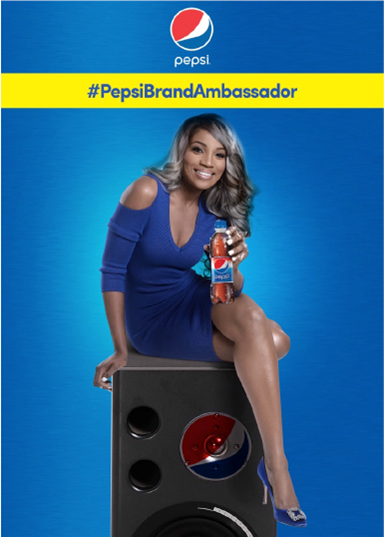 The ” Irawo ” crooner joined music stars Tiwa Savage and Wizkid as an ambassador for the soda company Pepsi.

Music star Seyi Shay, was appointment as brand ambassador for the company, in less down few days that she revealed more details about her debut sophomore studio album ‘Seyi or Shay’.

About few months ago, Starboy Entertainment boss Wizkid and Mavin Records first lady Tiwa Savage renewed their deal with the soda company Pepsi for another year.