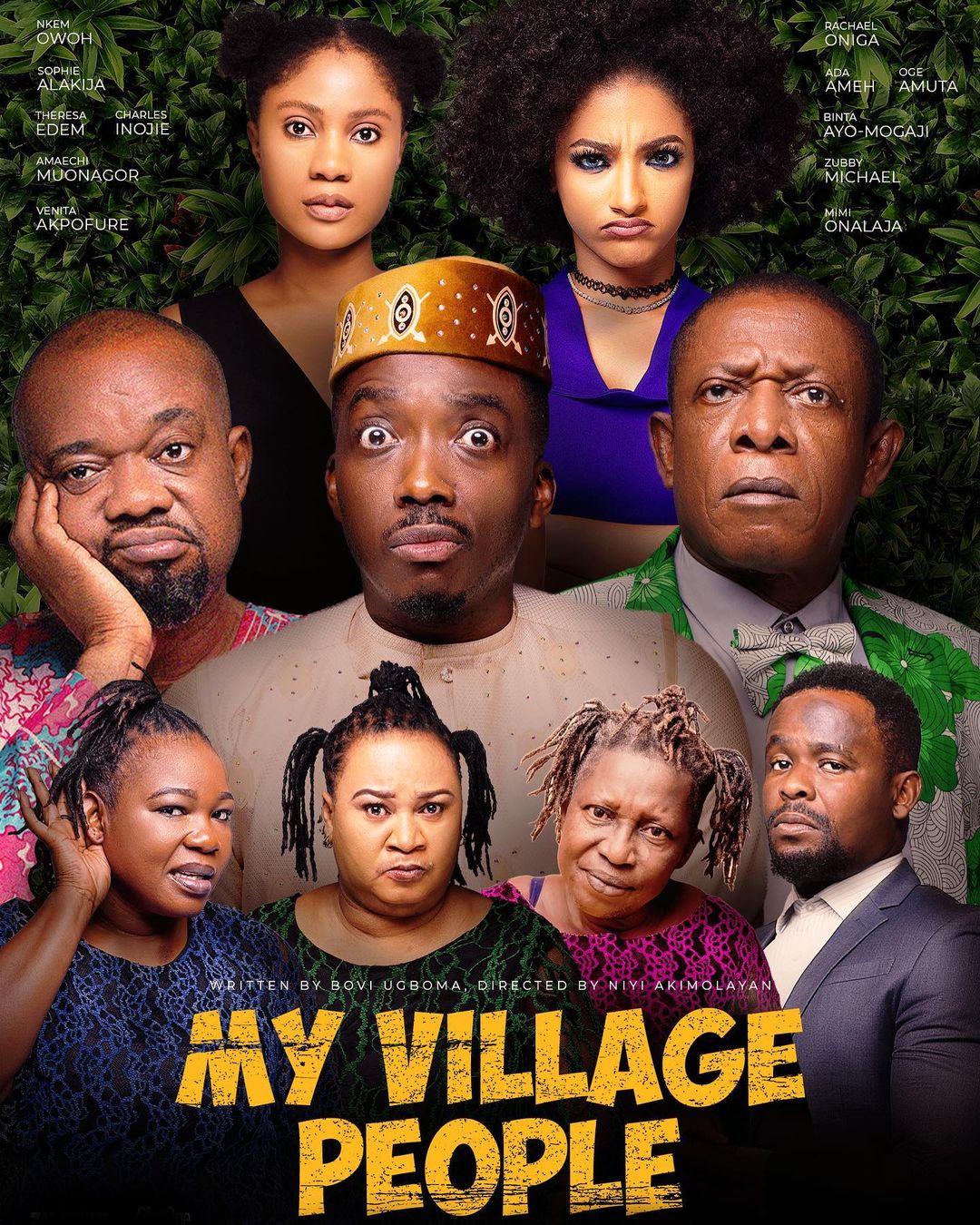 After several months of anticipation, My Village People by Bovi is finally out.

My Village People By Bovi is a comedy movie that follows the life of a prince who unwittingly finds himself in a bizarre attraction for the supernatural spirits as a result of his wayward lifestyle. He will learn his lessons the hard way.

“My Village People” is directed by Niyi Akinmolayan, written by Bovi Ugboma, and produced by Matilda Sola, Winnie Okpapi, and Mimidoo (Achineku) Bartels.