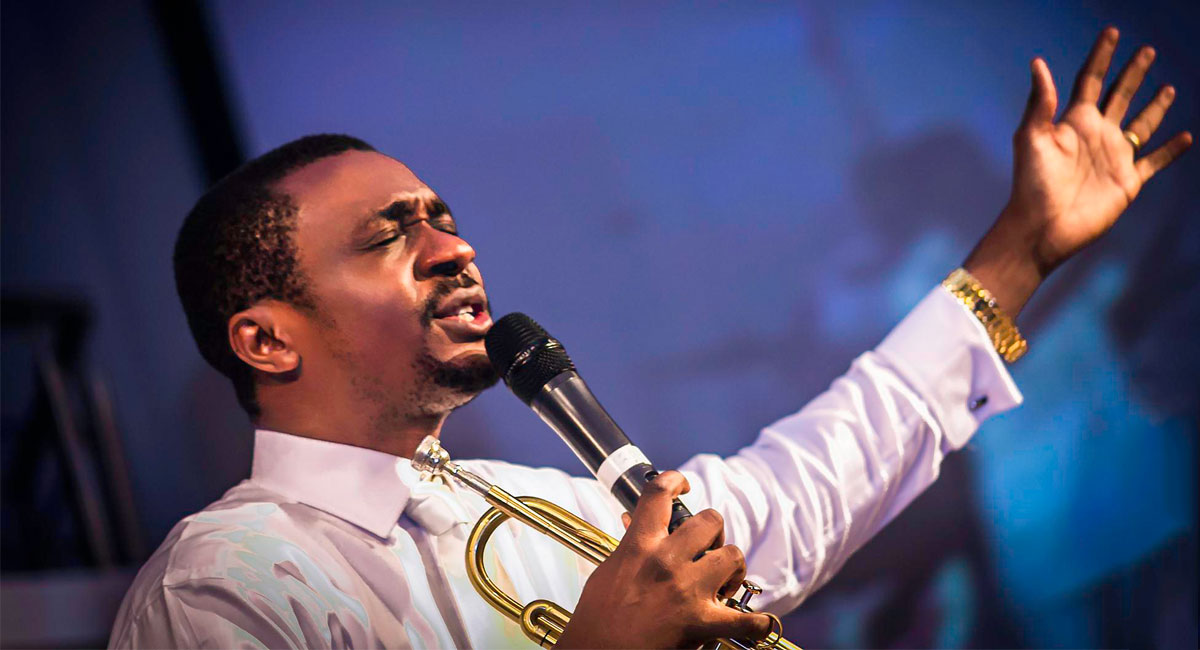 Over the years, the outburst of social media platforms such as Facebook, Twitter, Instagram has shifted the paradigm of how engagement and feedback in marketing are measured in recent times than the traditional incentive way of marketing allowing for better evaluation of products and services from the customer’s point of view.

Nigerian social media space is known for issues such as cyber bullying between celebrity and their fans, political war zone for good governance, marketing avenue to sell product and services, but the most surprising scenario occurred early this month as gospel musician Nathaniel Bassey brought in a new dimension to how we use social media by setting a trend of worship.

Internet users who are fond of watching pornography at night are now staying awake to pray; while testimonies are being shared, people are getting healed, spiritual destinies are being restored; “those owing money will pay; debts will be cancelled and God will make a way for debtors to pay what they owe”, said the gospel artiste, Nathaniel Bassey on Wednesday night, as I joined in the #HallelujahChallenge hosted on his Instagram live.

The Hallelujah Challenge by Nathaniel Bassey, is a 30-day prayer and praise time from 12 am to 1 am throughout the month of June 2017. It is an Instagram live session where followers tune in to worship God in fellowship. #HallelujahChallenge is currently the most widely circulated praise and worship movement on social media right now. Since the beginning of this month at midnight, thousands of worshippers around the world have logged on to Instagram and Facebook to lift their voices in praise and prayer, united by one hashtag: #HalleluyahChallenge.

Noted gospel minister Nathaniel Bassey shared the vision of the challenge; why it was midnight and why “Hallelujah”. “Things happen suddenly at midnight; things you have waited for long to happen will happen suddenly – at midnight- foundational issues will be sorted out; we are only enforcing and declaring the victory of Jesus through our praise. It is Hurricane hallelujah and praise!” He further encouraged viewers to partake of the challenge not just because they have needs, but moreso in the midst of these needs and challenges. “Tell your problems your God is Jehovah Rapha; a mighty Warrior”, he said.

The Hallelujah challenge which started as a speculative way of praising God has turned into a movement of worshipping God on social media. The movement which started with few friends and family worshippers has grown beyond 150,000k worshippers coming together in one house to praise God and still increasing by the day. While in the last few days, there has been an impressive increase in the statistic of people that have joined the one-hour praise session, with the likes of popular Nigerian celebrities such as D’banj, Don Jazzy, Funke Akindele-Bello, Kcee, Benita Okojie-Adeyina, Waje, Godwin Tom, Adesua Etomi, Weird MC, event mogul, Funke Bucknor-Obruthe, actor/TV host Dolapo Oni-Sijuwade, Bizzle Oshikoya, Adebola Williams and others.

Despite Nigeria’s expensive internet data costs have seemingly not deterred eager worshipers who have flocked to the live-stream on his Instagram and Facebook pages.
At its peak on Monday, GYOnlineNG.COM observed that around 70,000 people joined the Instagram live-stream, while over 90,000 joined the Facebook live-stream.

“He’s on course to build the largest congregation ever with 1 phone and Instagram /Facebook” said Facebook user OO Nwoye. “One lesson I have taken away from the success of this #Hallelujahchallenge is have a specific/consistent theme and go live at a time the audience would not be distracted. This has helped in the pulling together the mass compared to others who have tried adhoc live streaming.”

The movement has however not been without criticism. Media entrepreneur, Joy Isi Bewaji criticized it in a Facebook post calling it a “cute online revival.” “This… will change nothing… We have had too many spiritual revolutions. What we need is a mental one.” “You cannot pray Nigeria to greatness… It is not up to God to save the rot in our educational institutions or fix the drainage on our roads. It’s up to us. And we can’t do any of that on our knees. ” she added.

Bassey has respond to the criticism the #hallelujahchallenge receives from Media entrepreneur, Joy Isi Bewaji :

They tried to send us a storm, but failed to realize we are eagles. They just gave us a platform to soar. Hallelujah!!!

Bring the Storm, We’ll soar on it.

Contrary to what most think, criticism only enhance vision. And in our kingdom, the more we are criticized, the more we grow. It’s our DNA

As per what future of #HallelujahChallenge might be, Nathaniel Bassey revealed that between the 27th & 28th of June, there will be a Hallelujah Festival in Lekki where people will gather physically to give God “boisterous praise for 4-5hours”. Plans are sketchy for now, but Bassey hinted that attendees will get colorful tee-shirts with inscriptions on them like, #Suddenly, #AndGodDidIt, #SoundOfAbundanceOfRain and perhaps the most recent, #Olowogbogboro (Yoruba term of admiration to God meaning, The One with outstretched hands). It’s been an interesting thing seeing Nathaniel Bassey pioneer the use of social media as a tool for worship to God and also dominating the mainstream media with his Hallelujah Challenge.