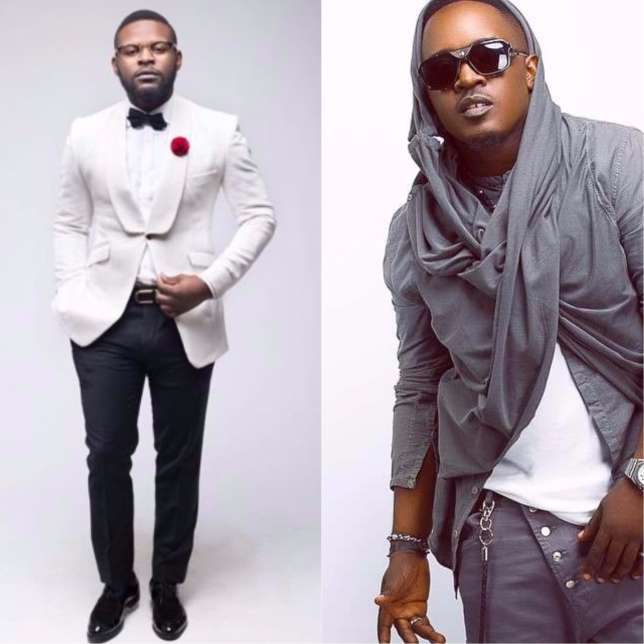 Nigerian rapper and label boss Folarin ” Falz ” Falana has responds to M.I Abaga‘s controversial new song ” You Rapper Should Fix Up, Your Lives ”, where he question fellow colleagues in the industry of neglecting the Hip-Hop culture, whenever the blow.

Just few days, the Chocolate City Music boss M.I was embroiled in center of conversations for calling his colleagues and more rappers to make ‘rap’ music than commercialise their sound.

The ” Jeje ” master recently released his third studio album “27,” thinks it is unfair for anyone to pressure artists to make music a certain way.

“I have never ever been a fan of directing a creative on how to make their art. Art should be made the way it comes to you. You shouldn’t have to bend yourself to make a specific style of music,” Falz says.

“At the end of the day, we need to find that perfect balance. This isn’t a hobby, this is our lives. It’s what we do to make a living and pay bills. That commercial value is also very important just as well as not over-diluting the spirit of your music. And if you ask me, I think I am doing that, and doing well for myself.”

Falz who has three studio albums to his name is one of the most prominent rappers in Nigeria. But his comic style of delivery and involvement in other aspects of the art often comes under scrutiny by ‘Hip-hop’ enthusiasts. A section of fans believe that he isn’t a rapper, and often exclude him from conversations about the genre.

Falz has no problem with that. To him, as long as he makes art that is impactful and successful, he is fine.

“I am happy that people don’t regard me as a core rapper. Because if I am to carry Hip-hop on my head, more than the person that invented Hip-hop, then where am I going to place myself. There are conversations about rappers needing to fix up their lives, and who are commercialising their style,” Falz says.

“But who defined Hip-hop for us?,” he asks. “Hip-hop as far as we are concerned in Africa is what flavour that we add to it. The original Hip-hop we imported is not the way we are doing it. It is very important as an artist not to tie yourself to any genre. You are just going to kill yourself. If you have to sit down every day and think about being straight hardcore stuff, it’s not really going to help you.”