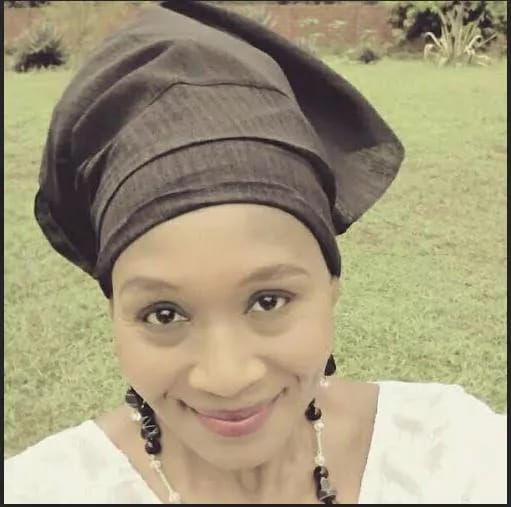 As part to celebrate her, online media platform Naij.com reached out to her in a revealing, explosive interview with the woman who many see as controversial but sees self as being blunt and not controversial.

The 52 years old Kemi Omololu Olunloyo, who is known for speaking her mind on any major issue not minding whose horse is gored.

However, the birthday girl did not disappoint Naij.com correspondent as she spoke on the Nigerian youth, commercialization of the church and her political aspiration come 2019.

Here are the full expert text of the revealing interview Kemi Omololu Olunloyo had with Naij.com.

Turning 52 has being a great time in my life. Life begins at 50 not 40. I just feel good; I speak out on issues Nigerians need to know. Some appreciate me, some think I’m evil. The one that think I’m evil are the ones that don’t like the truth. The truth is bitter and if you see most of my write-ups tell the truth in everything. Nigerians that know me in person here in Ibadan appreciate me, they try to get selfie. All over the place they know me but if I have to leave Ibadan and come down to Lagos I don’t think anybody will know me. Life is good at 52, there is still more to accomplish, the sky is not the limit, there is no limit.

Regret in life at 52 and courting controversies

I would love to say I don’t regret anything much. I just look into the future. If I want to say I regret leaving Canada or America, I’m not going to say that. Look at what achieved over there. America is still my country, even though I am not there all year. If you yap me I will yap you back. Yap A blogger wrote @Kemi Olunloyo, stupid woman, good for nothing journalist. I replied her and said you are calling me stupid, good for nothing journalist, wasn’t it your sister that was stupid and waked into a demonstration and they ended up killing her? That was harsh but the thing is if you step on my toes I will drag you into the mud like pig and nobody wants to be dragged into the mud. A lot of people say things they should not say. Look at what Eniola Badmus, a brand ambassador wrote on her Twitter, spread love not hate. Do you think if I want to have anything with that brand they will attend to me? And I wrote back to her spread muscle not fat. If you are fat in Nigeria you need to lose weight as you are going to have blood pressure, hypertension, diabetes and blood disease. Nigerians are praising Eniola Badmus saying she is big, bold and beautiful, when she dies; these are the same people that will be saying RIP. Even Henrietta Kosoko, when she died, they say she had diabetes and BP, that she slumped, at the end of the day she didn’t look healthy. We are not asking people to slim down, I’m average, we are telling them to lose weight and live healthy. People don’t want to listen, look at Mayowa who has ovarian cancer, I don’t even think she has kids, many people are carrying that around now and they don’t know yet. As I pharmacist I need to educate the people about their health. As I journalist, I think people should know how I do journalism. I write opinions for many media, opinion journalism is writing your own opinion, and Nigerians don’t know that. That’s why I call them illiterates. They always say I’m biased or a politician aids me to write this, no, no. opinion journalism needs to come back in Nigeria. That’s what I do and I investigate it.

No regret on anything, I’m moving forward. I believe in TD Jake, the American pastors don’t see themselves as men of God, only in Nigeria do they call themselves like that. Pastors are pastors; TD Jakes said on his Twitter that when your life is moving forward you must have no time for haters. My haters are on Twitter, my fans are on Facebook and the rest of haters are on Instagram. If you ask me why fire fir fire I will tell you that’s Kemi Olunloyo’s style. If you yap me I will give it to you 10 times back. My Instagram is basically news when I dressed up on my Instagram like Linda Ikeji, Toke Makinwa the world will end, I don’t have time for such.

I’m not controversial only that’s how people see me in Nigeria. In America standard, I have never heard it until I got to Nigeria. I am only blunt. Somebody wrote me on my Facebook that he will like to chat with me in private and dropped his number and I told him I don’t talk in private I’m a public figure. I told the person, get Buhari, Wizkid and Davido’s phone number and let’s see if you get that, I’m like them. I don’t talk to people outside Facebook, I don’t sell myself cheap, you are going to treat me like a media celebrity that I am. I consider myself the leader of social media in Nigeria but my haters don’t. A media website did a list of 100 Influential Women in Nigeria and I wasn’t on that list while everybody else was on the list and it is because I don’t like that website. Toronto Sun called me the most eloquent woman on social media in Africa. I keep it real. People misunderstand me on social media and they are the illiterates. Did you see my video on Nigerians are illiterate that I did. Illiteracy in Nigeria is a bad word, that’s how they see it but where I grow up in America and Canada illiteracy is not a bad word. Illiteracy means someone who cannot read or write. Most of our problems in Nigeria have to do with poor English writing, reading and comprehension. On my birthday I am going to do a video titled Embracing truth and the fear of controversy, that’s why Nigerians don’t talk.

How will you love to be remembered?

I would like to be remembered as very very kind not nice. In my past life I give money. When I was in Canada I gave all my fans $100 each in 2009. I have money, i went to Western Union and filled over 300 forms in three hours to people you don’t know, I think that is something. I was always giving until 2012 that I stopped the fan thing because some people are abusing me because they didn’t get it. They said it’s the money that her father stole that she changed abroad and now sending to people. As soon as I heard that I just cancelled the whole thing and the next message was givers don’t lack. The same thing happened to the OJB Jezreel when I gave out $15,000 to them, I didn’t say anything, I didn’t have to but when he died I said we gave this guy so much money $15, 000 and he eventually died, they attacked me saying why didn’t you say it when you gave him. You don’t say things when you are giving. Did Toyin Aimakhu said what she gave Mayowa, no but Nigerians are never satisfied always yapping people.

Pastor Adeboye and commercialization of the church

Look at what happened about what Pastor Adeboye said lately, everybody went crazy. Because your wife can’t cook you must not marry? Who says men shouldn’t cook? All men should be able to cook as well as their women that is a bad message that he gave out. Don’t you see the underlying message there? In another message Pastor Adeboye said I don’t want any of my pastors looking like Al-Qaida, do you think that was appropriate? So I went to Google, I took a picture of Jesus; all the pictures of Jesus have beards so what is the big deal. Sometimes I think Pastor Adeboye is an attention seeker. Some people are writing on my social media wall that I don’t believe in God, I believe in God but I don’t believe in the men of God. I don’t need a middle man to help me reach God. What Nigerians are doing is that they are worship pastors not God. Do you know the Redeemed church that is in Lekki, the Siju and Idowu Iluyomade pastored church, that’s where the high and mighty comes; the cousin was my ex-fiancée years ago when I was 27. What the Iluyomades are doing there I don’t like; they are dressing up in that church. Have seen how some articles described as fashionable, jewelry, having fashionable shoe and bag loving pastor. She has always being like that I know and I almost married into that family but one thing about her is that I didn’t know she is a pastor, that shocked me and they said everybody just go to scope each other in that church. The church has become too commercialized.

If you meet me you will see that I am nice, I only cause trouble on social media. I want Nigerians to be smart that is why all Nigerians past leaders keep continuing back, let us practice democracy. The youth in Nigeria are not ready for democracy because if they were they will get into government. Look at Canada, half of the legislators are young people under 30 because of what Jack Litton of NDP did. They went to the universities to campaign and chose people to run for office. That can’t happen in Nigeria, Nigerians think you need a godfather. Youth need to be up and doing come 2019 if we don’t see younger candidate it will get worse and worse. Let me give you a message for the youth. You are so disgraceful that abusing politicians, leaders and people older than you yet you cannot plan a future for yourself. You go to America 18- 25 are into business, they are rap artist, you are a disgrace, you are not working hard, you are still pestering APC to give you N5, 000 when you can still get something to be done. Did you see the law graduate girl selling rice in the market in Abuja? She is doing something but they are not. Giving example, why is it that the children of the rich and well-to-do Nigerian s are working ordinary job and you the ordinary youth can’t do the same. Femi Otedola’s daughter is a DJ, Elder Deji Adeleke’s son Davido, how come he succeeded like that in singing and human rights lawyer Femi Falana’s son Falz. Children of prominent Nigerians are working hard and making it so why are you not working towards achieving success. You will now say it’s their daddy that gave them money, Femi Falana has nothing to do with his son’s musical career, Otedola also did not neither did Davido’s father. So you can be whatever you want to be. Even me now, I want to be in the Nigerian senate not through my daddy.

So you are following your daddy’s footstep?

Yeah, there are politicians in the family. And note I hate people referring to me as former Oyo state governor’s daughter, I hate that. You know a lot of people writes that, never put that, my father has 61 appointments in 65 years and the shortest one is the one everybody remembers governorship. I don’t want to be known as a governor’s daughter because I made my name in America myself. When I was in America I won try awards, one for my work on drug abuse prevention, one from the governor, one from the mayor and one from the president. Nobody knows my father over there.