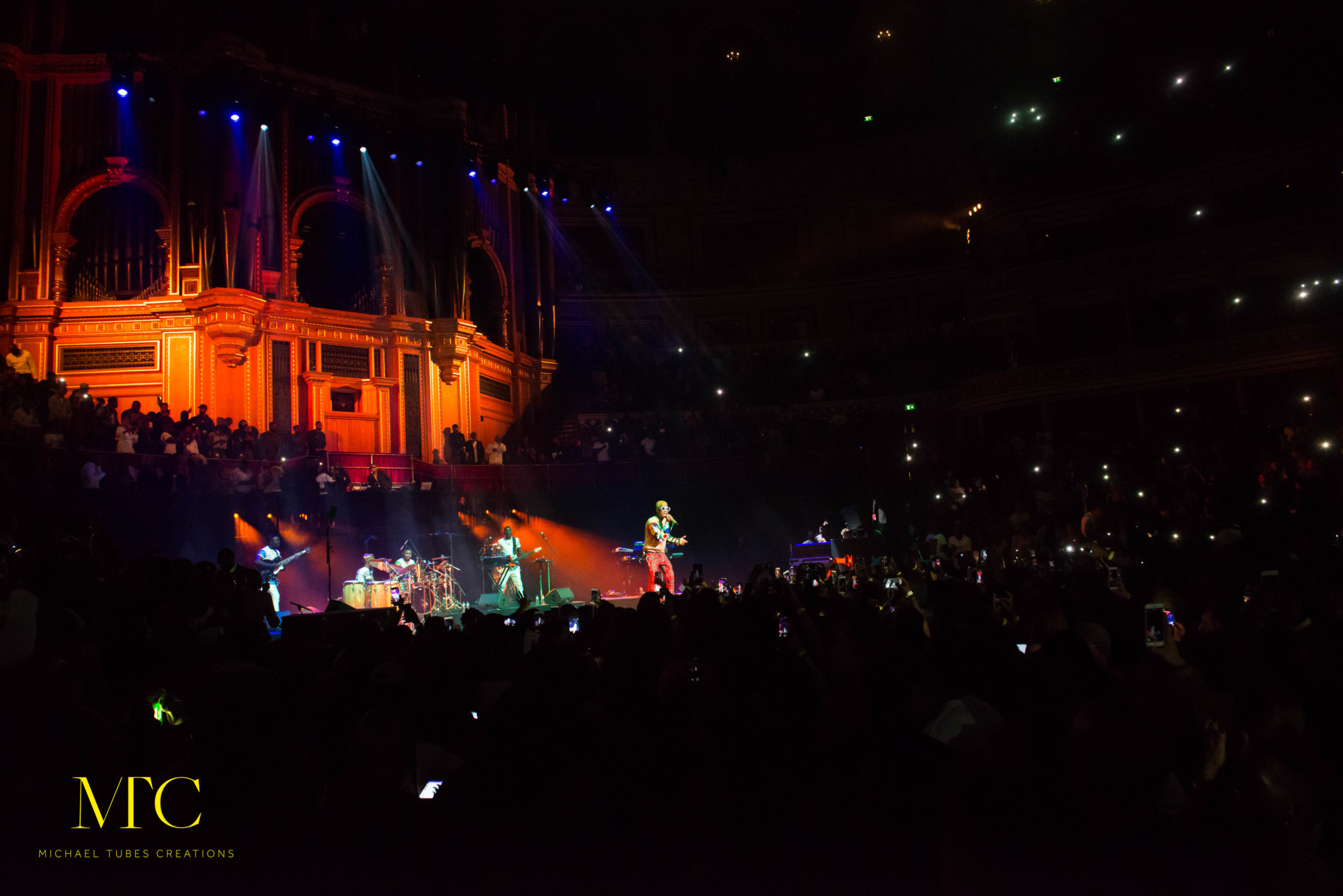 The Afrobeat heavyweight superstar headlined the show and delivers an electrifying performance that thrilled the 5,000 audiences at the Royal Albert Hall, with assistant help from fellow Nigerian colleague and day ” One ” G – Wande Coal with special appearance from Nigerian-U.K-based singer Skepta & Tinne Tempah in attendance.

However, following the buzzed outcome of show by the 27-year old Nigerian singer received, a news report surface online that Wizkid is first African artist to be headline at the iconic London venue — in fact the ticket for the show were sold out with two days and congratulation messages begins to roll in for the ” Come Closer ” singer. His fellow colleague in the industry and fans took to their various social media channel to celebrate the young star on his new feat. Even congratulation tweet messages was sent through the official Twitter account of the venue. All this historical achievements begins to see folks comparing him with the late legendary Afrobeat Icon Fela Kuti.

Oh No! Wizkid Is Not First African Artist to Sell Out London’s Royal Albert Hall in History

As we all still feeling the excitement, it seems that the first African artist by Wizkid is not true. On Sunday, a knowledgeable security expert and politico commentator Mr Aye Dee, revealed to us that Wizkid is not first African artists to have headlined sold out show for the London’s venue, though he might be first young star of these generation. Mr Aye Dee further said that Sade Adu sold-out the auditorium back in 1993.

People, Wizkid is great, but he is neither the first African nor First Nigerian to sell out the Royal Albert Hall, Sade did so in May 1993.

This hardest truth was not welcome by Wizzy’s fans as some argue that Sade Adu is not typical Nigeria home grow artist, while other considered Sade as a band, therefore, Wizkid still remained the first solo act to accomplish the feat. He eventually set the record straight by pointing out that she, in fact, does and listed several other African headliners who’ve sold out the hall as well.

Those disowning Sade for whatever reason,South Africa’s Ladysmith Black Mambazo sold out Royal Albert Hall in 1999, even recorded an Album

This afternoon, The Royal Albert Hall themselves sent out a tweet through their Twitter account that they were wrong on the information, stating that they “may have got that wrong,” and named Miriam Makeba as another sold-out solo African headliner.

Thanks to everyone who got in touch with names of other sold-out African headliners, including Miriam Makeba. We may have got that wrong.

With all the confirmation of fact messages, this info did not take away anything from Wizkid success. The fact remains that he’s not Fela, and we should all forget that comprising stunt, but his accomplishment remains rare and impressive, and only helps solidify Starboy’s status as a global ambassador for afrobeats and the contemporary African music scene as a whole. We’re congratulating him nonetheless.