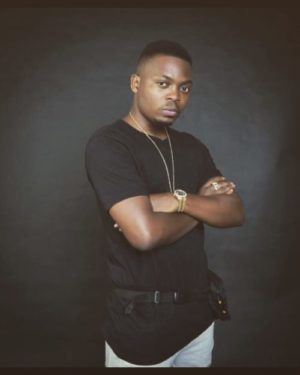 Over the past few days, Indigenous Yoruba rapper Olamide‘s latest song ” Science Student ” has generated mis-reaction and ongoing conversation on social media for especially as it is perceived to be promoting drug abuse.

Though, the YBNL boss Olamide has been silent on the issue but he has finally spoken out via an Instagram post. He took time out to thank supporters of his music before advocating for an end to drug abuse.

He posted the above photo on his page and wrote:

Olamide Speaks On Controversy Behind His Latest Song “Science Student”, ” Together Let’s Put An End To Drug Abuse ”

Since the release of #ScienceStudent, the support has been massive. As you are all sharing, dancing, singing along to this relatable music of mine, I want you all to take some time to reflect on the subject, say no to drug abuse. Don’t abuse alcohol. Stop mixing what you don’t know about. Live responsibly and drink responsibly. Don’t aspire the ‘highness state’ but a state of purpose fulfillment and passion discovery. Together let’s put an end to drug abuse and save as many lives as possible. The video will be out soon and I can’t wait for you all to see it. #SayNoToDrugAbuse#DrinkResponsibly #ScienceStudent

Continue Reading
Advertisement
You may also like...
Related Topics:Olamide, YBNL