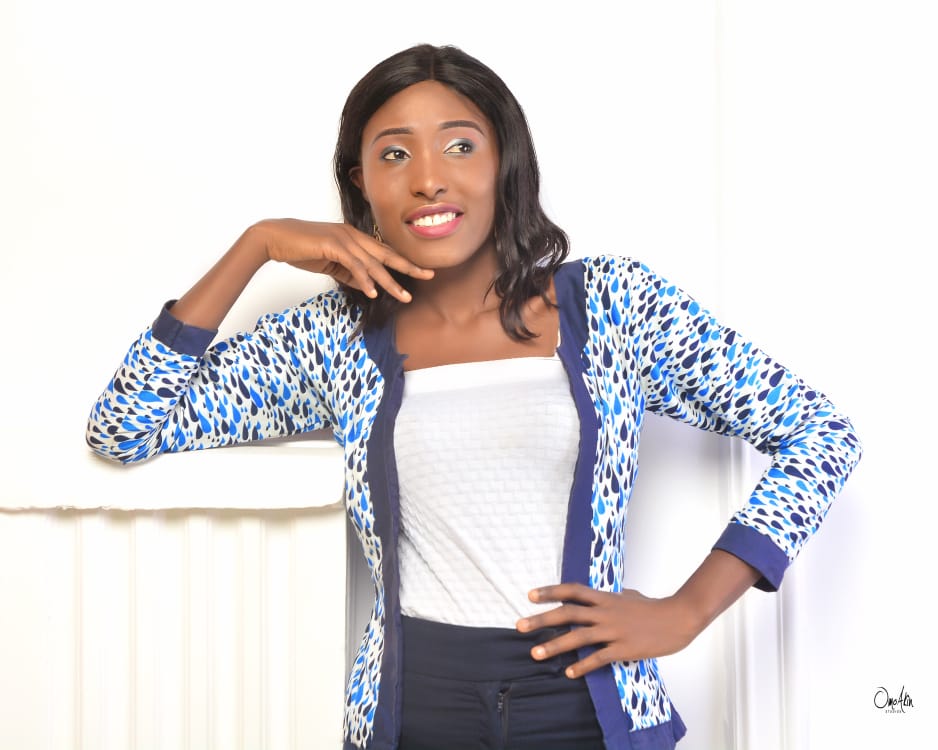 Childhood dreams, fantasies, and ambitions are laughable when you look back at them from the standpoint of present reality but if you look a little deeper, then you’d see the genius that many adults are missing out on.

I wanted to become a newscaster as a child and I’d sit in amazement to watch the news, I wanted to be a communicator but life has its plans which fortunately only tilted me to a different type of communication than what I initially envisaged.

Fast forward into much older years, after a Diploma in Mass Communication, followed by BSc in French & International Studies, and a master’s degree in Peace and Conflict Study, music was calling me to itself.

Prior experiences as a choir girl made me quickly consider my move into music and I can tell without any flinch of confidence that it’s been a journey of a lifetime.

Did I say it’s tough? Maybe

Did I say it’s consuming? I can bet it is

Did I say it’s life-changing? Most definitely

The passion draws you in, then the science behind it stares at you and until you unlock the mystery behind the science, you only remain as a wanderer, just like a baby who strayed away from home.

In no time, I was frequently in the studio watching studio sessions being put together. The pain, joy, passion, technicality, skill, endurance, and heart that goes into bringing a song to life still beats my imagination and I was soon in the recording booth singing background vocals for recording sessions, learning the ropes, and grounding myself…I was almost a studio rat but not completely, then the time happened for me to record my first single.

“Ese” brought me to the front line and gave me an exclusive view into what it takes to create and birth a song, this time not as a background vocalist but as a lead singer and owner of music content. After the song was written and recorded, my producer Mr Time took it a notch higher, he brought in the legendary trumpeter and vocal powerhouse Prince Goke Bajowa on the track…now tell me who would not want to start their music career on such legendary note.

With my first single already on the sail, it was evident that I needed to want more, do more and explore more so I created a worship team that further deepened my desire for my music and as we ministered at churches, events, hosted our own concerts and went out for outreaches….we became more aware of the commission of worship and praise to God that was in our hearts, this gave birth to my second single “Mai Cetona” an Hausa language themed praise/worship medley which featured my worship team.

“Mai Cetona” was a passionate production that had us diving into a culture that we barely experienced but for my compulsory one year National Youth Service spent in the northern region of Nigeria, one that I would never forget.

A time comes in this journey when you cannot afford to be complacent, just merely living in the ordinary space of life; you have to be spontaneous, creative, and innovative.

I needed a breath of fresh air so Mr Time linked up with this incredible songwriter who wrote my third single Osalobua, they both worked on it for several months before they sent me the demo, and immediately I just knew it was what I wanted, perhaps it was what I needed.

Hey! Sleep time is over (laughs).

The pre-release media rollout for Osalobua was massive… Donyom, who doubles as the songwriter, Mr Time and GYOnlineNG.COM created visual, written, and graphic content for the song.

No doubt the song was and is still very successful, I remember somebody said at the listening session that he knows I must have spent over a million bucks on my publicity but what can I say; when you have an amazing team that goes the extra mile for you, you are most definitely on the road that leads to something bigger than you can ever imagine.

Having spent some few years in the music industry, it is very important to note that collaborations play an integral role in getting your message as an artist to a broader and wider range of listenership, collaborations help you stay relevant and it exposes your artistry to demography you would never be able to reach on your own.

Little wonder why I heavily leveraged on this resource as my fourth single featured the queen of trado-contemporary gospel music Yetunde Are, the incredible Yemy TPX, and vocal powerhouse Michael Fakoya.

Someone asked me why I had to put these entire big-league artists into one ballad song and this was my response… ‘’Emi Mimo is a song about the Holy Spirit of the most high God, he deserves the best the industry can offer and I need the song to travel to places that I cannot take it to by myself, hence the need to collaborate with some of the best in the industry”

We further spoke on the topic, we shook hands and he left with some conviction in his voice and his eyes. It was intense and fulfilling to be able to communicate some clarity to him and if we must say the truth, you’d agree with me that dreams can most definitely come true.

Here I am playing the exclusive role of a communicator but through a more passionate and fulfilling medium.

If you can dream it

If you can see it

Then you can achieve much more.

It is no longer news, the amount of work and discipline that goes into the creation of a song.

I have been working day and night in the studio with my producer, musicians, vocalists, my songwriter, content providers, and another super guest to create my new single.

Recording and recording over and over again in search of the right sound is a very big record for me and I hope you would find it inspiring too when you listen to it.

After long sessions of work, blood, and sweat…It’s ready.

The only question now is ARE YOU READY?