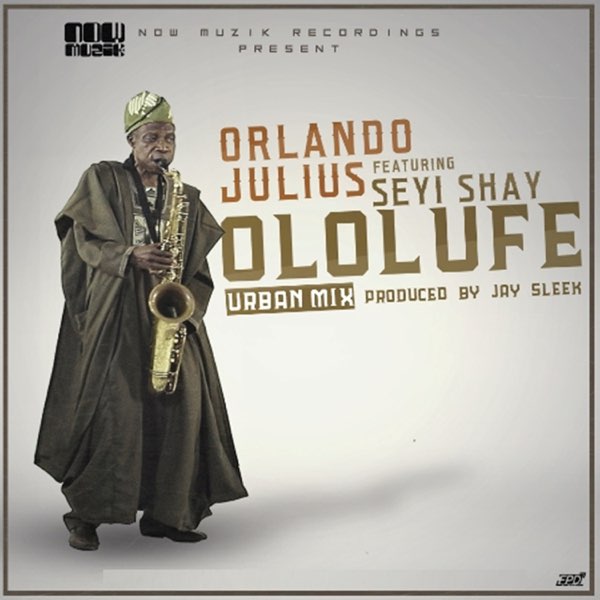 Whoa !! Nigeria songstress Seyi Shay, bring us back to the oldskool era of Orlando Julius.

Pioneer and Veteran Afro-beat maestro Orlando Julius, has come out to release the remix of his 1994 classic song titled ” Ololufe ‘‘, in which he featured Nigerian pop singer Seyi Shay.

The remix, released under Muzik Recording Imprint, is produced by Jay Sleek and features Seyi Shay. The song also features Joan Ekpai on the backup vocals and was co-written by Niyola.

Ololufe (remix) was mixed and mastered by Sean Stan of Vintage Sounds.

Linda Ikeji Blogging Wealth Secret : 5 Ways LindaIkeji Is Ripping You Off and You Don’t Even Know It – She Makes N37Millon Per Month
Photos: Jim Iyke, Gideon Okeke, BBA Star Tayo Faniran and Many Others Appointed as INEC Youth Ambassador
Advertisement