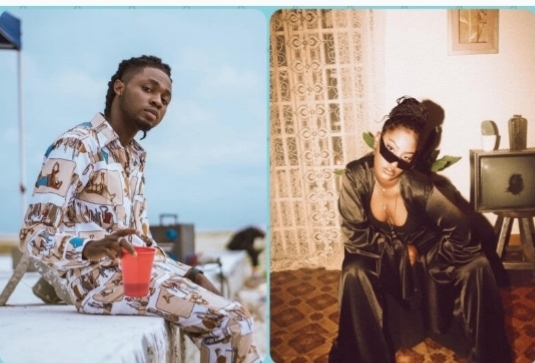 They suffered injustice in the hands of the Uganda government. But the incident will prove to increase their fan base and push their careers forward.

The Ugandan Police arrested Fast-rising Nigerian artistes, Omah Lay and Tems on Sunday, December 13, 2020, at their hotel in Kampala. They had just finished performing at an event tagged ‘The Big Brunch’, organised by ‘East Meets West’ and Kasana Events at Ddungu Resort in Munyonyo, Kampala City.

The Nigerian entertainers were arrested alongside Tems’ manager Muyiwa Awomiyi, Benjamin Kabura, the show organizer, Ivan Ddungum the manager of the concert venue, and Prim Kasana, the events manager.

Omah Lay tweeted about the arrest telling fans, “Yes I’m with the Ugandan police… Something about the show from last night. Everything would be fine.” He updated them later saying, “I’m in cuffs in Uganda right now with Tems.”

Yes I’m with the Ugandan police… something about the show from last night. Everything would be fine…

They also put out a statement claiming that the artistes, organisers, and the event violated COVID-19 regulations.

“All suspects are being held on offence of doing acts that are likely to cause the spread of the infectious disease, which is the coronavirus.

All What You Need to Know About Nigerian Artistes Omah Lay And Tems, Who Were Arrested in Uganda. And How The Incident Will Change Their Careers Forever #FreeOmahLay #FreeTems

It is also alleged that the suspects and others still at large held a concert in violation of the guidelines of the Ministry of Health,” said SP Patrick Onyango, PRO of Kampala Police.

According to Section 171 of the Penal Code, “Any person who unlawfully or negligently does any act which is and which he or she knows or has reason to believe to be likely to spread the infection of any disease dangerous to life commits an offence and is liable to imprisonment for seven years”.

In this case, the infectious disease refers to the coronavirus pandemic that has ravaged the world for the better part of the year. Uganda, itself has recorded 28,168 cases and 225 deaths. They recorded 1,097 of those cases after the infamous concert held on Saturday, December 12, 2020.

Uganda imposed a lockdown in March when the number of corona-infected patients first started climbing. But they eased the lockdown order in November, right in time to campaign for the forthcoming January 2021 elections.

Aspiring presidential candidate and opposition to present Ugandan president, Robert Kyagulanyi, popularly known as ‘Bobi Wine’, was arrested for a similar offence weeks before Omah Lay and Tems had their concert.

The Police claimed he was negligently spreading Coronavirus with his rallies when the president, Yoweri Museveni was having equally rowdy rallies.

The other nine presidential candidates have also been holding rallies across the country with little or no enforcement of COVID rules. After the ease of lockdown, the Ugandan Minister of Health, Ruth Aceng set a list of guidelines for campaign rallies.

She said, “All aspiring politicians should ensure that their gatherings are limited to 200 people at most, and everyone must wear a face mask at all times, maintain a physical distance and make available handwashing facilities with soap and water.”

They’ve largely failed to comply with the rules which explain why Ugandans were quick to call out the government and police for arresting Tems and Omah Lay. But they weren’t alone.

All over the world, especially in Nigeria, United Kingdom, UAE, Ghana, South Africa, Kenya, France and Germany, people were calling for the police to release the Nigerian artistes.

#FreeOmahLay and #FreeTems trended worldwide on Tuesday at number 2 and 3 with over 289,000 and 270,000 tweets respectively.

Omah Lay just encountered stardom in the Covid-ridden year of 2020, following the success of his 5 track EP, ‘Get Layd’. His follow-up EP, ‘What Have We Done’, was just as successful. Before Uganda, he had never left Nigeria, and despite having several chart-topping songs, he had never gotten to perform before a large crowd where he was the main act.

Tems, on the other hand, released her first major single, ‘Mr Rebel’ in 2018 but did not attain mainstream success until she released ‘Try Me’ in August 2019. She has slowly created a name for herself, releasing her first EP, ‘For Broken Ears’ in September this year.

And while Tems has travelled a bit, this was her first international performance. Just like Omah Lay’s, the Ugandan Police tried to taint it.

But the arrest may come to work out for their good. People who may have never heard about either one of them, now know who they are. It helps that the fans always love a ‘sob’ or ‘justice’ story.

With the whole world talking about the injustice they both faced in the hands of Ugandan authorities, they have received the biggest publicity other rising artistes can only dream of.

Both artistes are nominated in the Headies’ ‘Next Rated’ category, and it’s safe to say that they are now both in the lead for the award. While it came at what many will consider a ridiculous cost, it’s been effective.

As of Wednesday, December 16, 2020, Netng observed that Tems surpassed 1 million and 2 million streams on Spotify for ‘Free Mind’ and ‘Damages’. Omah Lay, on the other hand, has the number one song, ‘Godly’ on Apple Music’s Top 100 Nigerian songs.

Musically, both artistes now have a different layer of experience to create new material. If their previous songs are anything to go by, this experience will soon get them their next major hit.

They’ve had a brilliant year, and this unnecessary arrest and harassment will not taint it. It will instead make things better.