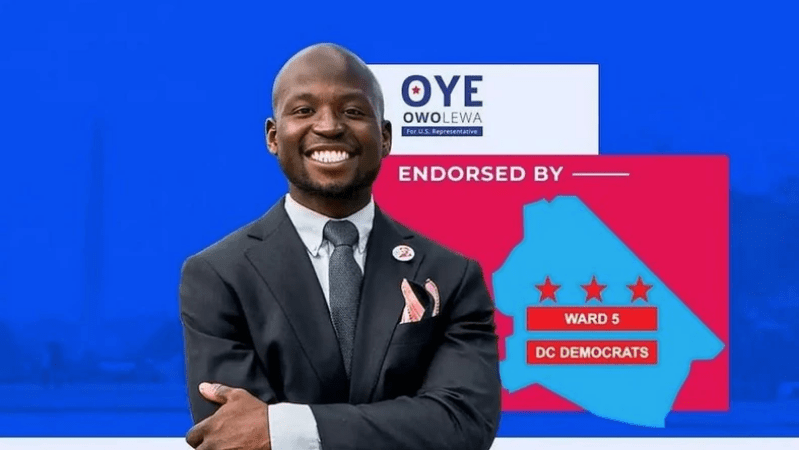 A 31-year-old, Kwara born democrat politician, Oye Owolewa, elected as a shadow United States Representative out of the District of Columbia.

Oye Owolewa who is a candidate of the Democrat Party for the District of Columbia has 82.65% of the votes, which represents 135,234 votes against Joyce Robinson-Paul, who had 15,541 votes, and Sohaer Syed with 12,846 votes.

The 31-year-old politician becomes the first Nigerian-American congressman in the country’s history, a big win.

The Associated Press (AP), reported the news about a few hours ago, and former Nigerian Senate President, Dr. Bukola Saraki, quoted the tweet with his personalized congratulating message to him.

I congratulate Oye Owolewa (@AdeoyeOwolewa), on his election as a shadow U.S. Representative for the District of Columbia. His convincing victory at the polls is a great testament to the ‘can do’ spirit of all Nigeria’s young people. https://t.co/PpLnmjJ6Tk

This weekend, when I spoke with Oye — whose father is from Omu-Aran in Kwara State — I emphasized that his candidacy has inspired many young Kwarans and Nigerians to strive to be better.

As he prepares to take office in January, I wish him all the best in his new role!