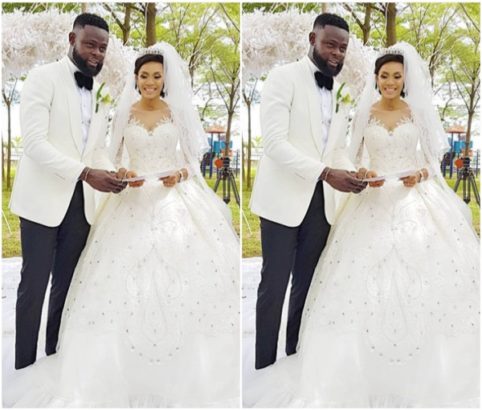 The younger brother Nigerian ace comedian AY Makun, Yomi Casual and his new wife Grace looked so dashing and were all smiles.