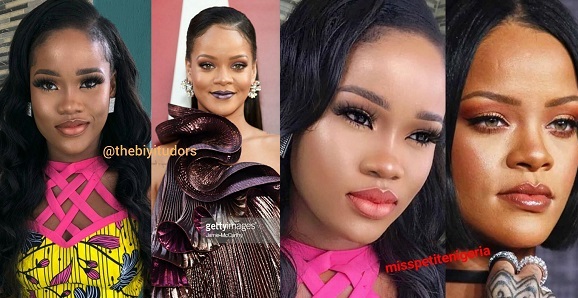 Following the end of this year edition of Big Brother Naija (Double Wahala), several housemates from the reality show have made major headlines on social media, forum platforms, blogs & basically the internet.

Among the housemate who has stolen spotlight of some major blogs headlines is the runner-up winner of this year edition — Cee-C, who has been reported to have a same striking resemblance with American music superstar, Rihanna.

Taking a closer look at some of their photos, it might just be true. Here are Seven Times You Could Take Cee-C As Rihanna‘s Sister.

Photos Prove: Seven Times You Might Think That Cee-C Is Rihanna’s Sister