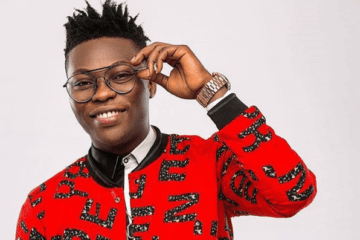 Mavin Records act and ” Katapot “ singer Reekado Banks disagree with public opinion that the year 2017 is not financial rewarding for him and his label mates as previous years.

The 2015 winner of Headies Awards emphatically slated that the year still remain two weeks before it ends, and he made more than twice the amount of money he made last year from his music.

The singer, who stated this in an interview with Sunday Scoop, said people can keep saying whatever they like about the state of his finances, he is the least bothered because they don’t have access to his bank account.

He said: “Every artiste should know how to quantify their success. This year has not ended, but I have made more money than I did last year or the previous year. It is just the perception of some people who think this year has not been good for Reekado. I’ve made more than double of what I made last year. So, if you think last year was good for Reekado, I can confidently tell you that this year is far better”

On his label mates, especially Mavin First Lady, Tiwa Savage, Reekado Banks had this to say: