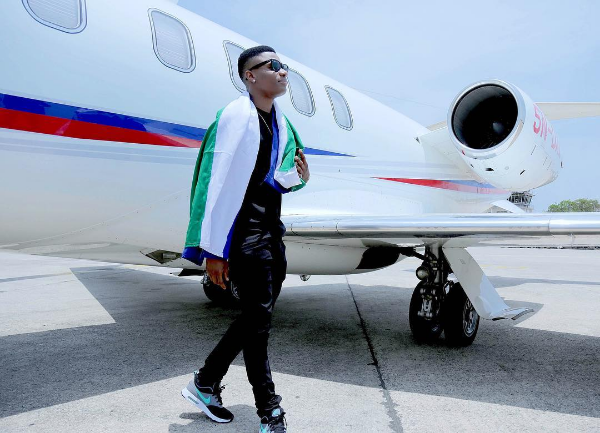 In time past Nigerian parents rebuked their wards for dare dreaming about becoming musicians. You dare not harbor such thoughts talk more of telling your parents about it. You’ll get a good dose of the cane and rebuke.

Fast forward to the present, music is probably one sure way to earn a good fortune for yourself. ‘Music dey pay pass some white collar jobs these days’ and we all know these.

Some of of our artistes have been able to beat others to top the list of the richest Nigerian artistes. These values are estimated net worth (a realistic measure of wealth)  and hence used to rank these artistes.

If your favorite is not on the list, there can only be one solution. They have to double their efforts to appear on the list next time.

Ekperipapa 1 of Bayelsa Timaya is one of Nigeria’s to ten richest musicians. The dancehall king net worth comes from heavy booking fees, brand endorsement and not so much from music sales. Timaya is brand ambassador to Glo and Hennessy X. O. Cognac. His estimated net worth N1.1 Billion Naira

Iyanya who hails from Cross River State hit stardom after he won the maiden edition of MTN project fame. After that first shot at fame subsided, he bounced back with one of the biggest hit song in his career ‘Kukere’. Iyanya has been brand ambassador to MTN, Solo phones, Dunes Nigeria and Cross River State tourism ambassador. Iyanya’s estimated net worth is put at N 1.8 Billion Naira.

Nigeria’s own king of R&B Banky W has a good share of the money generated in the music industry. A mentor to Wizkid, Banky is one of the longest serving brand ambassador for Samsung Africa. He is also ambassador to many multinational corporations and most importantly co-founder of EME records. All these and many more put his total estimated net worth at N2.3 Billion Naira.

Chinedu Okoli, who is popularly known as Flavour is not only Nigeria’s king of contemporary highlife music, his fame runs through Africa. The dreadlocks sporting musician rakes in good cash performing at big events around Africa and overseas 3 – 4 times in a week all year long. He has backed many endorsement deals, one notably with NBC (Nigerian Breweries Company). The singer is valued at an estimated net worth of N2.5 Billion Naira.

Star boy! Wizkid who has been a big sensation on the Nigerian music scene cuts big checks yo! He is one artiste that doesn’t run short of endorsement deals, from MTN, to Glo, Pepsi etc. Wizkid who is now a bona-fide Sony Music act charges heavy fees to perform at shows. Wizkid is CEO of StarBoy Worldwide, his estimated net worth is N2.8 Billion Naira. His Sony Music deal excluded.

One time for OBO – Omo Baba Olowo). Since his entry into the Nigerian music industry, Davido has always shown he has loads of money, especially when you put in mind his Nigerian billionaire father. Well, besides his father’s mulla Davido rakes in millions for himself monthly. He is well known for his ostentatious lifestyle, a Sony Music act as well as Wizkid. Davido’s estimated net worth is N2.9 Billion  Naira.

2face who now prefers to be addressed as 2Baba is the most prominent of the defunct music group Plantashun Boyz. 2Baba has a music career spanning over 20 years and he has a lot of money in the bank to show for it. Aside his normal booking fees and numerous endorsements, 2Baba is a real estate investor. He owns the popular Rumours Night Club situated in Festac, Victoria Island and Ikeja. The ‘African Queen’ is valued at about estimated net worth of N4.5 Billion Naira.

These days D’banj, one of Nigeria’s biggest music export is more of a shrewd business man. He is CEO of DB records and Koko Holdings. D’banj has a  multitude of endorsements from United Nations, Bank of Industry, Slot etc. The ‘Oliver Twist’ crooner has an estimated net worth of N5 Billion Naira.

Don Jazzy who was a former partner with D’banj during the defunct Mo’Hits era makes number two spot. Now Don Jazzy is the CEO of the Mavin Records.  Micheal Collins has had a good number of endorsement from Samsung to Johnny Walker. He has several investments and most recently his newest company Flobyt.  The ace music producer is valued at an estimated net worth of N6.5 Billion Naira.

Sitting on the top of the list is Africa’s most successful singing duo Psquare. The singers who are from Anambra State Nigeria, are highest earning Nigerian musicians. Booking Psquare for a show definitely cost a lot as the twin charge the highest fee. Much of their money comes from booking fees, mouth watering endorsement deals, music sales and other investments. Psquare are highest grossing Nigerian artistes on YouTube. The ‘Bank Alert’ crooners own multi-million naira homes in of the best neighbourhood in Lagos. The estimated net worth of the singing twins is put at an impressive N15 Billion Naira.