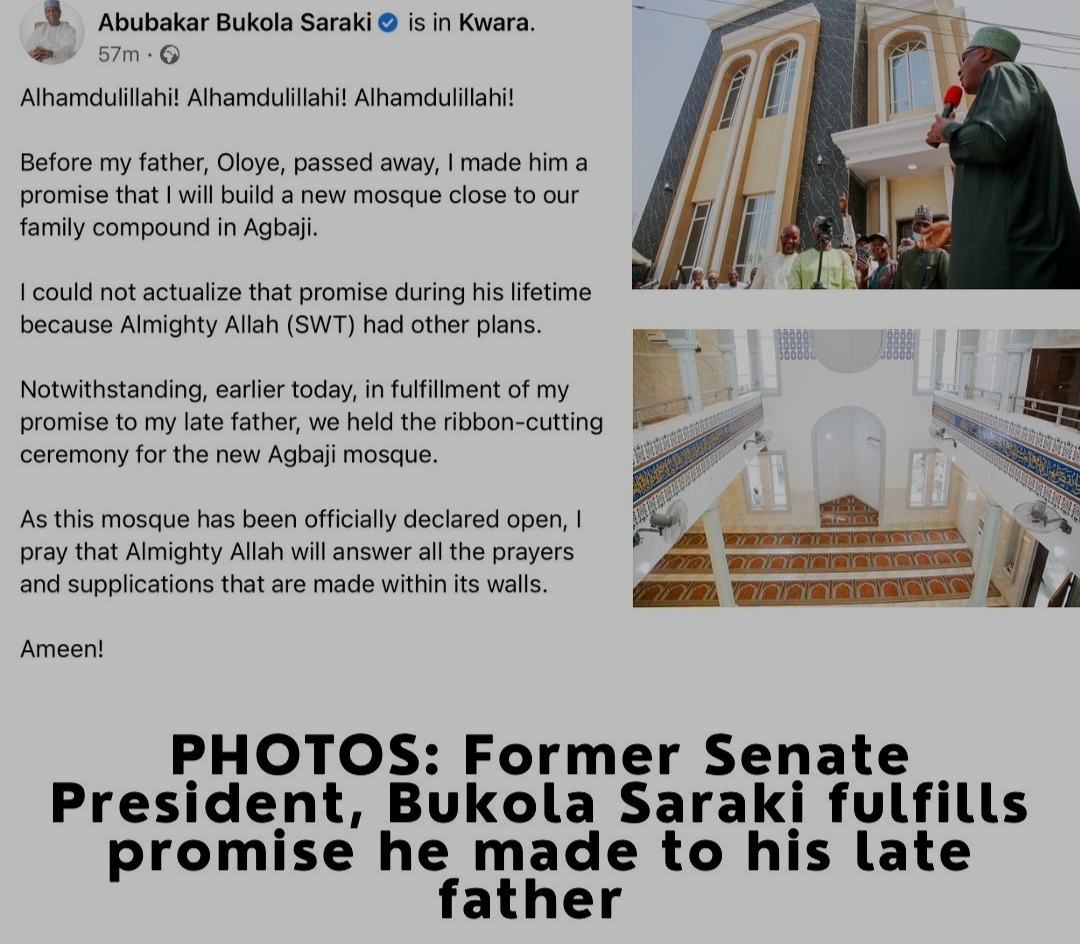 Former Governor of Kwara State, and Former President of the Senate, Dr Bukola Saraki, have fulfilled his lifelong promise he made to his late father, Oloye Olusola Saraki.

The charismatic Nigerian career politician Senator Bukola Saraki, reportedly said he promised his late father, Olusola Saraki that he will rebuild the family’s mosque in Agbaje area of Ilorin, the capital of Kwara State.

Although, Bukola was unable to fulfilled the promise in his father’s life time, but he has made it happen with the newly constructed mosque declares for opening days ago.

In a post published on all his official social media profiles, Saraki reportedly said he had promised to build a mosque for his late father when he was alive.

Saraki Fulfills Promise He Made to His Late Father

Bukola Saraki Fulfills Promise He Made to His Late Father, Olusola Saraki

” Before my father, Oloye, passed away, I made him a promise that I will build a new mosque close to our family compound in Agbaji.

“I could not actualize that promise during his lifetime because Almighty Allah (SWT) had other plans.

” Notwithstanding, earlier today, in fulfillment of my promise to my late father, we held the ribbon-cutting ceremony for the new Agbaji mosque.

“As this mosque has been officially declared open, I pray that Almighty Allah will answer all the prayers and supplications that are made within its walls. Ameen!”