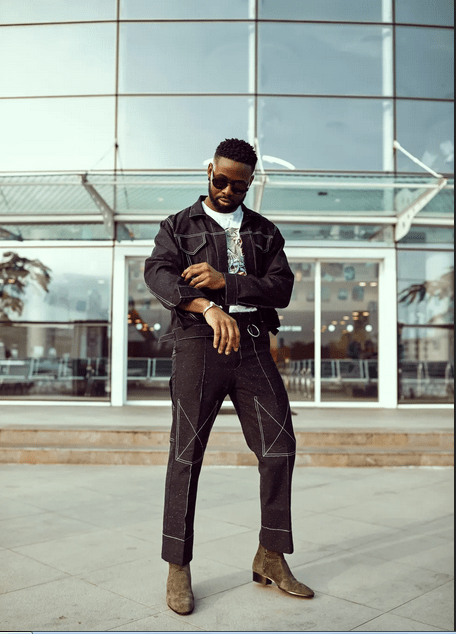 “Don’t follow trends, because you’ll end as soon as the trend ends”, those are the words coming from Nigerian production genius, Osabuohien Osaretin, popularly known as Sarz.

Over the past few years, Sarz has played a vital role in the global popularity of Nigerian music, spanning through his production creativity for various Nigerian artists including the likes of Wizkid, Skepta, Niniola, Reminisce, and many others.

However, with the rise of Afrobeats’ in the global stage, Sarz‘s production is playing crucial roles in celebrated cross-cultural projects. He’s helmed Drake‘s “One Dance,” unlocked the chemistry between Wizkid and Skepta on “Energy (Stay Far Away),” and added composition on Beyoncé’s Lion King: The Gift album. Sarz produced many of the hits that recently earned WizKid 8M Spotify listeners.

In a recent interview with Nigerian music journalist Joey Akan, for OkayAfrica, Sarz speaks about how he discovered sounds by accident when his ears would automatically pick apart music and focus on the beat, trends, and innovation. In the interview, he further speaks on his working relationship with Wizkid, Skepta, Drake, and Beyonce.

Here’s an excerpt from the interview below:

Why did you name your EP, Sarz Is Not Your Mate?

It’s just provocative. It’s just a way to pass a message out to the people that they already know. I feel like everyone knows this subconsciously but now it’s in your face. I just thought it was the right way to go moving forward.

What is this message? Why is Sarz no one’s mate?

Because I have an extensive catalogue, I don’t follow trends, and I’ve been able to push the afrobeats narrative, especially from the music side. The composition side. I have done so many songs that have started certain trends. I feel like the creatives know, so everyone else needs to know.

Sarz to Other Producers “Don’t Follow Trends, Because You’ll End As Soon As the Trend Ends “

These days producers chase more press than building a catalogue…

I guess it’s a different time and things work slightly differently now. I think more than the music, the narrative is more important these days—the narrative behind the music. So one great song with an amazing narrative can get you farther than five great songs sometimes. It also depends on how long you want your career to last. If you really want a long-lasting career, you have to put in the work. But then again, you can’t question people for doing things differently if it’s working. So I know there are producers out there that really just want to be the guy, by just doing one song or a few songs. and think that’s enough to move to the next level. But to be honest, if you really want a long career you have to put in the work. Except if you just want to fizzle out as soon as you get in.
“Don’t follow trends, because you’ll end as soon as the trend ends.”

What earns producers longevity at the top?

Sticking to your guns, reinventing yourself, spreading your talent as far as you can. For me, I think I was really particular about Sarz as a producer. I always made sure that with my work—not that I had PR then or anything—I wanted people to always notice the beats. I was doing a bit too much sometimes, but it works for me. So when you hear a song I produced, you’re also going to say ‘this beat is fire as well, this beat is really dope.’ Back then, I remember that anytime a song I produced dropped, I would get as many plaudits as the artist. Even sometimes they’d drop music and I’d be trending. Sarz is trending because of a song he produced. I always made sure that I try to stand out at every chance I get and I think that helped me become who I am today. And don’t follow trends, because you’ll end as soon as the trend ends. Just be original, take your time, build your craft. Bring something valuable to the table because you don’t necessarily need an amazing beat to score a hit sometimes.

You can read the full interview on OkayAfrica Website.